Rabat - Morocco is among the African countries with highest internet penetration, according to the Oxford Internet Institute (OxIS)'s latest survey on the number of internet users in the world. 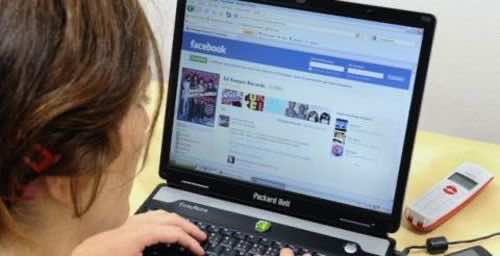 Rabat – Morocco is among the African countries with highest internet penetration, according to the Oxford Internet Institute (OxIS)’s latest survey on the number of internet users in the world.

The kingdom has seen staggering growth since OxIS 2011 survey, rising by +10 percentage points in terms of internet penetration behind the likes of South Africa (+14.9) and Kenya (+11).

Between 40 & 60 per cent of Moroccans are online, while only 20 per cent of Algerians have access to the internet. Egypt and Nigeria have also seen significant growth in the numbers of internet users with each roughly rising by +10 percentage points followed by Botswana at +7 percentage points.

Other countries in Africa have seen virtually no change such as Somalia, Eritrea and Burundi. The survey has found that 29 out of 47 Sub-Saharan African countries have an internet penetration rate of less than 10%, and have seen very little growth since 2011.

The Oxford Internet Institute has created a map showing how countries would look like if their borders were reshaped by the number of Internet users they have. In the map, the size of every country is based on the number of its internet users. 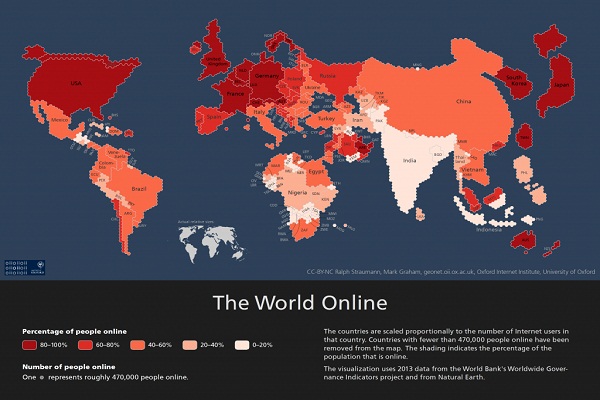 Among the survey’s findings, China is home to the world’s largest Internet population at 600 million people, followed by The United States (270 million), India (190 million) and Japan (110 million).

46% of the world’s internet users live in Asia. This is like the equivalent of all users in Europe, Latin America and Caribbean, North America, and Middle East and North Africa combined.

Bahrain, Qatar, and the United Arab Emirates are among the few countries outside Europe, North America, or Oceania, which have an internet penetration rate of over 80%.

The report has found that the places where internet penetration is higher are where the population has better living conditions.

Oxford uses 2013 data on internet users and population that was obtained from the World Bank detailing internet use and penetration worldwide at the end of 2013.

Oxford said that “despite the massive impacts that the internet has on everyday life for many people, most people on our planet remain entirely disconnected.”

“Even today, only a bit more than a third of humanity has access to the internet,” it added.