Rabat - The two Moroccan women, who were facing charges of "gross indecency" after they were accused of wearing "immoral" clothes, were acquitted on Monday. 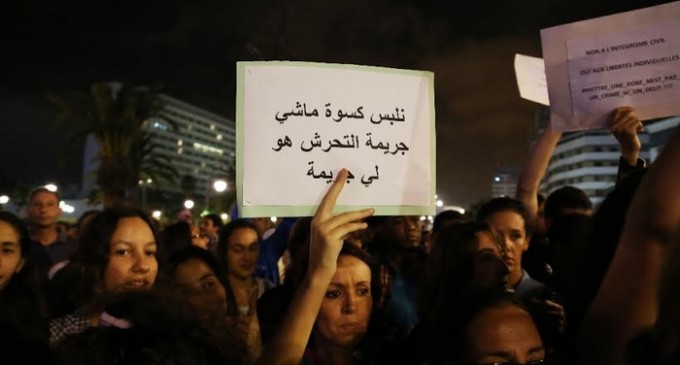 Rabat – The two Moroccan women, who were facing charges of “gross indecency” after they were accused of wearing “immoral” clothes, were acquitted on Monday.

The Inezgane Court of First Instance in the suburbs of the southern city of Agadir found Sanaa and Siham, hairdressers-aged 23 and 29, not guilty of committing an act of gross indecency.

The two young women were surrounded last month by merchants in the open-air market of Inezgane who accused them of dressing in a disrespectable fashion.

The incident sparked an outcry in the kingdom, with Human Rights activists and politicians holding sit-ins across the country in support of the two young women and to call on authorities to ensure that personal freedoms are respected.

A petition in support of the two women dubbed “Wearing a dress is not a crime” has been launched to garner support for the two women on social media platforms. It had been signed by more than 14,000 supporters.

The two women were facing charges under article 483 of the Moroccan Penal Code which states that anyone found guilty of committing an act of “public obscenity” can be jailed for between a month and two years.