Rabat - A petition has been launched on social networks to release Najiba Mohamed Belkacem, a Saharawi woman held in captivity by the Polisario in the Tindouf camps, since September 2013. 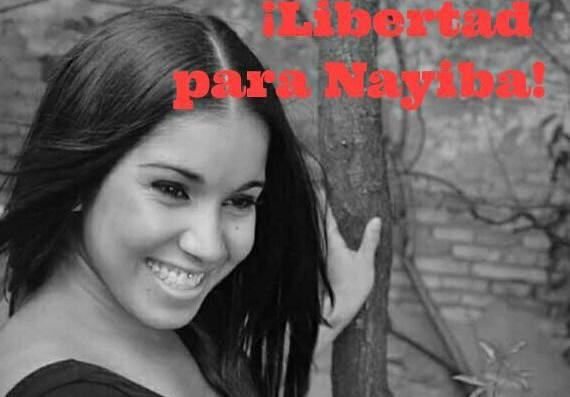 By
Larbi Arbaoui
-
Larbi is a freelance writer and assistant editor at Morocco World News.
Jul 13, 2015
Spread the love

Rabat – A petition has been launched on social networks to release Najiba Mohamed Belkacem, a Saharawi woman held in captivity by the Polisario in the Tindouf camps, since September 2013.

In response to a call from her adoptive family in Huelva, a city in south-western Spain, Spanish activists are mobilizing in solidarity with this Spanish young woman of Sahrawi origins in order to exercise her rights of freedom and movement.

Spanish NGOs and human right activists also called for the immediate release of Belkacem, affirming that “illegal confinement of a person is a serious criminal offense.”

After the infamous case of Mahjouba Mohamed Hamdidaf, who was detained in the Tindouf camps, located in south western Algeria, between August and September 2014, the Polisario front is once again involved in a new case of human rights violation.

Signed by José Maria Contreras, Belkacem‘s adoptive father, the petition has gone viral on social media and widely reported in the Spanish media. A Facebook page named “Libertad para Nahjiba Mohamed Belkacem” was launched to show solidarity with the Sahrawi woman held by Polisario against her will.

“We denounce the fact that the young Sahrawi Najiba Mohamed Belkacem is held against her will by her biological family,” the admin of the Facebook page states.

In a telephone interview transcribed by the newspaper La Vanguardia, Najiba said: “They lied to me. They confiscated my travel documents (Algerian passport). I want my liberty, but they denied my right to freedom and held me in captivity against my will in the Tindouf camps where temperature reaches 50 degrees in the shade.”

“Life is hell in here, people lack everything. I am asking for urgent intervention. I want to return to Spain,” Najiba added.

The case of Najiba Mohamed Belkacem is but one example of what thousands of people are subject to, being held against their will in the Tindouf camps that lack the simple means of a decent living.