Rabat - The Wilaya of Grand Casablanca has confirmed that a mouse is responsible for the stampede at the Hassan II Mosque on Monday, which left at least 81 worshippers injured, mainly women. 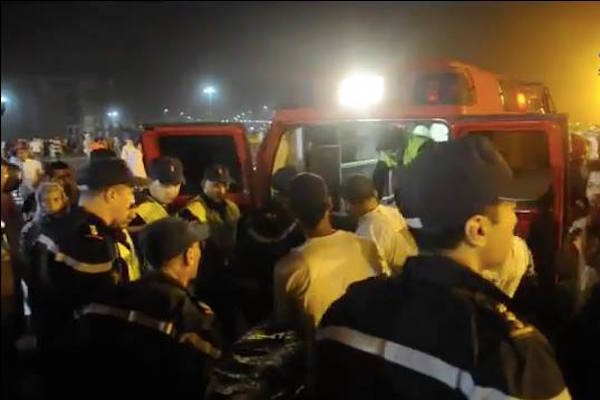 Rabat – The Wilaya of Grand Casablanca has confirmed that a mouse is responsible for the stampede at the Hassan II Mosque on Monday, which left at least 81 worshippers injured, mainly women.

The incident occurred when hundreds of thousands of worshippers converged on the Hassan II Mosque, Morocco’s largest mosque, on Monday to mark Laylat al-Qadr (the Night of Power), which marks the night on which God revealed the holy Quran to the Prophet Mohammad.

An official from the Wilaya of Grand Casablanca said that the injured people were transferred to the Moulay Youssef Hospital in Casablanca to receive medical care. Some suffered dislocated shoulders, broken bones, and fractured legs.

The incident started when a mouse reportedly jumped on a woman’s foot while she was praying, unleashing upheaval among the women who panicked at the sight of the rodent.

The woman reportedly rushed outside the mosque in panic, causing a stampede.

Seventy-three women were still in the hospital as of this writing.

The Wilaya of Grand Casablanca denied in an official statement rumors that an electrical fire broke out in one of the mosque’s corners, or that large waves caused the worshippers to panic.