Washington - The United States on Monday expressed their "deep gratitude" to Morocco for its "leadership" following the initialing of the final draft political agreement at the UN-led talks in Morocco, State Department Spokesman, John Kirby said. 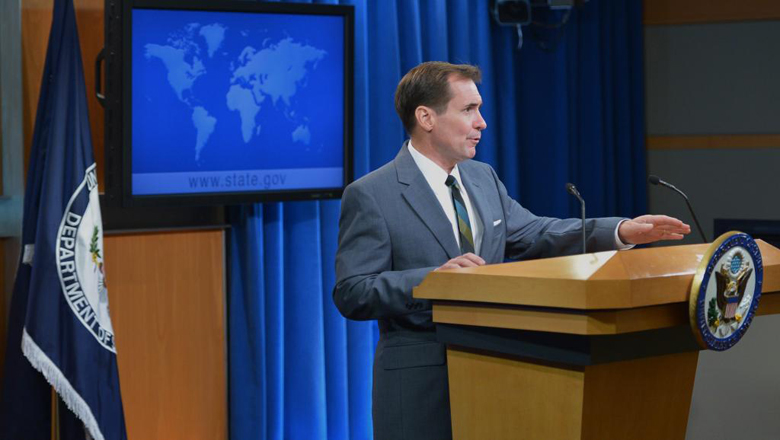 Washington – The United States on Monday expressed their “deep gratitude” to Morocco for its “leadership” following the initialing of the final draft political agreement at the UN-led talks in Morocco, State Department Spokesman, John Kirby said.

“We express our deep gratitude to the kingdom of Morocco for its leadership hosting the UN talks, and to all of those participating in this process”, Kirby said at the daily press briefing.

The Unites States government “welcomes the July 11 initialing of the final draft political agreement at the un-led talks in Morocco”, the US official said, deeming this document “an important step towards the creation of a government of national accord”.

The agreement “offers the Libyan people the best path forward to peace and stability. We call on all Libyans to unite now and to join in supporting this agreement in the interest of their country, and Libya’s common future”, he pointed out.

Kirby also stressed that the US stands ready to support the implementation of this agreement to help ensure a government of national accord and the new institutions that comprise it function effectively and for the benefit of the Libyan people.