Tinejdad - German public TV and radio broadcaster Bayerischen Rundfunk will air the Eid al Fitr prayers live from a mosque in a town near Munich on Friday Morning. 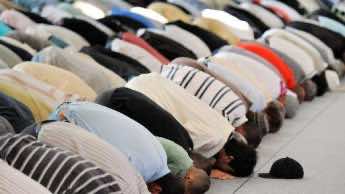 By
Larbi Arbaoui
-
Larbi is a freelance writer and assistant editor at Morocco World News.
Jul 16, 2015
Spread the love

Tinejdad – German public TV and radio broadcaster Bayerischen Rundfunk will air the Eid al Fitr prayers live from a mosque in a town near Munich on Friday Morning.

In an unprecedented move in the history of Germany, Germans will be able to follow the Eid al Fitr prayers, which is a religious ceremony that marks the end of the holy month of Ramadan. The ceremony will start at 4:45am local time on Friday, from the Penzberg Mosque.

The Imam of the mosque said that in addition to the prayers, the ceremony will include a narration of the Qu’ran, and speeches by Catholic and Protestant priests.

Muslims hailed this move considering it very thoughtful and a historic moment for the Muslim community in Germany.

Despite the emergence of the Patriotic Europeans against the Islamisation of the West (PEGIDA), which is an anti-Islamic movement, the German Chancellor Angela Merkel stands by the German Muslim community and called the movement “racist.”

During the holy month of Ramadan, the Chancellor joined the Muslim community in a collective Iftar, and was heard saying that Islam “is a part of Germany”.