Rabat - A Moroccan schoolboy has been seriously injured after receiving a direct hit from a policeman’s ‘flash-ball’ during a riot in Argenteuil, near Paris on Monday night. 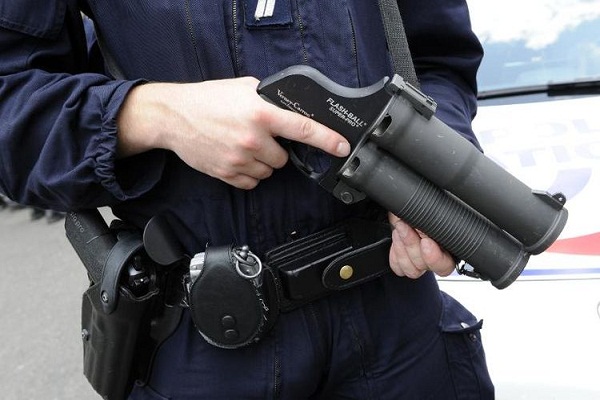 Rabat – A Moroccan schoolboy has been seriously injured after receiving a direct hit from a policeman’s ‘flash-ball’ during a riot in Argenteuil, near Paris on Monday night.

Local media reported that Amin, 14, was walking home after marking Laylat al-Qadr (the Night of Power) at the Al-Ihsan mosque at 2 am, when the accident accrued.

A report by Liberation says the policeman who was opposing rioters in the area opened fire and shot the teenager with a rubber bullet, even though he was not involved in the clashes.

According to Islam&Information, the police left Amin on the ground bleeding, though his injuries were worrying. The bullet hit his testicles from a short distance, seriously injuring him.

Amin was brought home by his friends while he was still bleeding, and his father transported him to the hospital, where he underwent an urgent operation.

Amin’s family considers the shooting an Islamophobic act against the Muslim minority in Argenteuil.

Speaking to Buzz Feed France, Amin’s father said he had cautioned his son against going through the slab of Argenteuil, as he had heard of the clashes between rioters and police there.

“He obeyed and went to have fun below the slab with his friends. He was playing with firecrackers just like all the children that celebrate Laylat al-Qadr” the father explained.

He went on to add that a mob of youngsters started running everywhere to escape from the police.

“Amin and his friends did not run because they hadn’t done anything wrong. Nevertheless, a police officer targeted him and shot him in the lower abdomen with his flash-ball gun,” he protested.

“I returned to the mosque my son had prayed in and asked witnesses about the incident. They all confirmed that Amin was just playing with firecrackers. This does not justify the police officer’s fatal act,” he concluded.