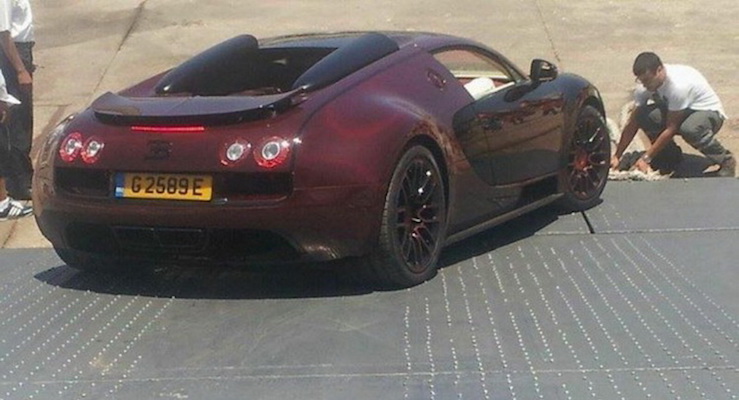 According to a report by Cars Scoop, ‘La finale’ (meaning “the last one” in French) was snapped days ago being unloaded from a transporter in Tangier.

It is reported that the car will eventually reside in Gibraltar where it will inevitably become one of the area’s most coveted and exclusive cars.

This is the first time that the 1,183-horsepower car has been spotted in the streets. It was first revealed to the public in March at the 2015 Geneva Motor Show.

It had been sold in February 2015 to a wealthy Middle Eastern buyer, for his own private collection.

The car’s pricetag was not mentioned, but it is said to have cost more than the average price of a Veyron, estimated at 2.3 million euros ($2.6 million).

It’s thought that the mystery owner who spends most of his time in Gibraltar, has several other Veyrons, including one each of the six Les Légendes de Bugatti special editions.

Cars Scoop reported that among the owner’s collection is also said to be “the one-off Lamborghini Aventador J, a Lamborghini Reventon, and an Aston Martin One-77.”