Rabat – Discussion on Facebook was heated this week, when photos of the new road signs were shown, replacing French with Tifinagh. “Not a good idea!” some people said, while others replied, “It makes us happy just to look at it, and enjoy its beauty!”

Initial reactions against the signs ranged from concern over tourists getting lost, to economic consequences, to educational consequences for youth.  Reactions in favor of  the signs ranged from the fact that it will take time for youth to learn the language, to it being a positive first step in ending discrimination against the Amazigh majority, to this being a move toward solving Morocco’s identity crisis, and to assurances that Moroccan students would find it “no problem at all” to master an additional language.

Here is how some of the conversation went:

One Western woman wrote, “I agree that I respect this but it will make life much harder for tourists.”

A second Western woman wrote, “They may as well write these signs in Chinese, for foreigners!  They’d be just as easy to understand…. I wonder how many Moroccans can read Tifinagh? I think even most Amazigh speakers can’t read it.  So what’s the point?”

A Moroccan gentleman responded, “The majority of Moroccans would not be able to understand it let alone foreigners.”

“We should use Arabic, Amazigh and English.  No need for French,” another Moroccan man said.

Still another said, “Its written form is being taught. It needs time.”

Yet another added,  “Removing latin alphabet is a BAD move. However, adding Amazigh script is the wisest move ever made.”

A young Moroccan woman wrote, “The discordance is that we (Moroccans) find it important to keep our first language Arabic/Amazigh/Riff, etc.  It is something we cherish, and are not ready to let go of.”

One gentleman wrote, “I am totally against the idea of replacing French words with Tamazight ones on road signs. This is because the majority of Moroccan people don’t understand Tamazight and, contrary to expectations, the idea of using Tamazight on signs is not going to push Moroccans to study Tamazight. Many Moroccans still don’t know why their children should study such a language when it does not lead to any job opportunity. Honestly, Morocco needs more job opportunities to create an economic balance and further fight against unemployment, and a language like Tamazight is not going to make such a change. A country where students are required to learn couple of languages at an early age may not encourage them to learn in a safe environment and would rather opt for dropping out of school.”

A foreign woman living in Morocco asked, “How can the average student manage so many languages with a good result?”

A young Moroccan woman responded, “The average student could definitely manage. You would be amazed the amount of languages one could speak!….And there is ALWAYS a good result speaking many languages.” 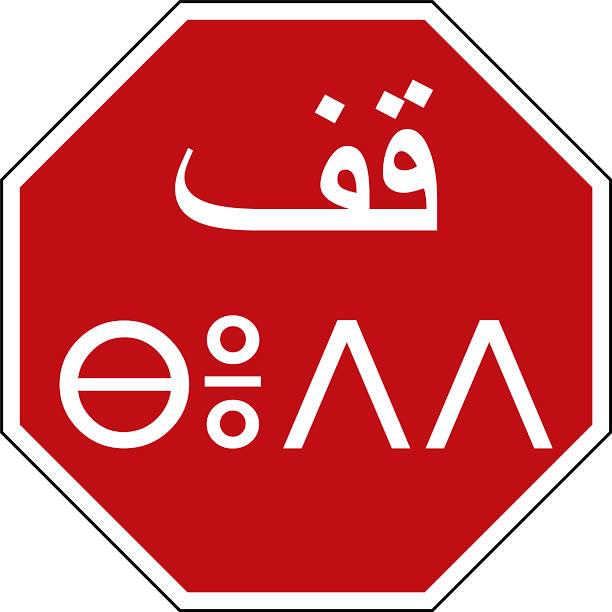 Another young Moroccan woman added, “Well, then, the problem (of some students not mastering any language sufficiently) comes from the teacher.  There is no other explanation.  Let us not underestimate a child’s intelligence.  IF the child cannot write, it means he hasn’t been taught how to write.  We have been taught 3 languages…And we speak them almost perfectly. Are we smarter than the average moroccan?  I don’t think so.  Those who educate must educate better.  I’m sorry, I don’t see any other explanation.”

Another Moroccan gentleman responded,  “Some people are still allergic to everything related to the Amazigh language. For some reason, it makes them feel nervous and offended…”

Another Moroccan man added his opinion, “Having different varieties is a richness to Tamazight. What they study at school is a standard Amazigh which is an amalgam of these varieties and isoglosses…..Native languages is one of the most effective ways to protect one’s nation from intruders and invaders. Holding onto their language is like having the key out of their prisons.  The English speak English. The French speak French; Turks speak Turkish; Iranians speak Persian…. those who choose these languages as a FIRST language (instead of their own) are just followers.
Scotland would’ve been free if they managed to preserve Scottish  and Gaelic (Highlands), and nationalism, instead of worrying about pensions and retirements from ‘mommy’ London.”

A young Moroccan woman who has studied abroad and does not speak Berber replied most eloquently, “I believe it is important for an ex-colony to establish and re-assert its cultural identity that had been stripped away from it during imperial times. We are left with an identity crisis, belonging neither here nor there, so I see this as a step towards re-establishing Morocco’s veritable cultural identity, one that has been oppressed and almost suppressed despite being present for thousands of years. I welcome this initiative because as a Moroccan of Arab and Imazighen extraction, I should feel ashamed that I cannot speak what should have been my mother tongue, and not rail against it simply because I am told to hold contempt for it because it does not encourage job opportunities, which by the way, I don’t believe to be the case.”

She continues: “We could be sending Moroccan linguists to universities to teach courses on Tifinagh (etc.) and have whole departments dedicated to researching these ancient Afro-Asiatic languages. It breaks my heart, yet it fills me with hope, when I see that universities across the UK have fully-fledged departments for Basque (a language spoken only by some 700k) and not for Tamazight and all its varieties. It is such an under-researched area, I can only see opportunities. The interest it could spark in Morocco… The cultural and academic exchanges would speak for themselves. My approach may be too sentimental but I am not ready to throw away my cultural heritage for practicality.

I also would hate to see my fellow Moroccans taught to hate or disregard their roots and identity. What kind of person does self-hate and self-deprecation create? Why choose ignorance over pragmatism or “the easy road”? This is a harsh reality for us to wake up to. I can only imagine what it must have felt like and what it must finally feel like for a person of long-standing Imazighen stock to see his/her identity finally be part of this linguistically-rich and diverse country. I have to address one last thing before concluding; the tourism industry. Yes, it is currently the lifeblood of Morocco but we shouldn’t aim to sacrifice the country for its sake.

Rather the success of Tourism and all the measures that should be taken to ensure that success should not hold the whole country to ransom. There are ways for a stronger tourism infrastructure without a total lack of consideration for the host country. The linguistic diversity that Morocco is so lucky to have could be a tourist drawing-point itself (ie Barcelona, Catalonia). It may not be the case for every Moroccan of Imazighen heritage, but this push has me determined to learn Tamazight and read Tifinagh. The heritage bit lacking, one could simply entertain it because they wish to embrace their host country’s culture by way of assimilating and integrating.”

In the end, the language change on the signs turned out to be a non-issue, because it appears that there are separate signs close by, in all cases, in Latin alphabet letters that tourists and foreigners can read.  One European commenter pointed out, “With the advent of GPS nobody cares about road signs anymore.  From a pure cultural standpoint it makes sense to have Arabic and Berber in Morocco. Tourists are either with drivers or have GPS for the most part today. Foreign residents probably can find their way regardless of signs even if they don’t have a GPS and they can learn to read Arabic or Berber. Remember that there are almost no signs in cities and we still manage to find our ways.”

A Moroccan man from the Rif added,  “Honestly, I wouldn’t blame the ministry of transportation or ADM for making those signs. We should just keep in mind that the two current official languages of Morocco are Arabic and Tamazight, period. So what would you expect from a highway construction company other than displaying the two official languages of the country? If one dislikes it, he should take up the issue with the government and ask why Tamazight has been made official in the first place which is a different issue. To be honest, I don’t see this as a bad move regarding tourism at all, I myself traveled abroad to countries where I could not even spell the street signs and it was never an obstacle to spending a good time in the country. A tourist by definition leaves his homeland to discover what is unknown. Besides, touristy places always have french and english translations. Also, I also drove a couple of times near those signs, and you can find newly made French/Arabic signs right after the Tifinagh ones. So I guess the ministry predicted this, even though I don’t know how much this would impact costs.”