Rabat - Porto has agreed to sign a deal for Moroccan midfielder Ayoub Abou from FC Barcelona. 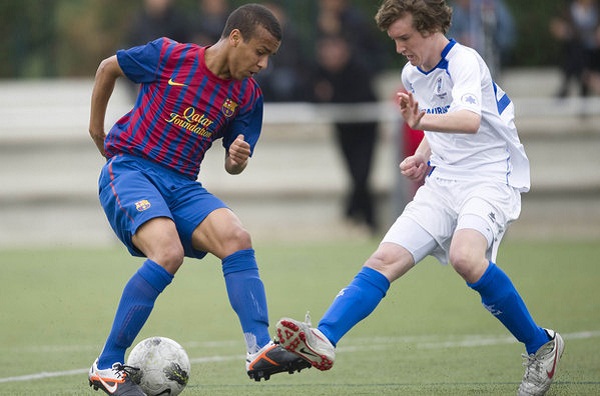 Rabat – Porto has agreed to sign a deal for Moroccan midfielder Ayoub Abou from FC Barcelona.

A report published last month by Spanish sports newspaper El Mundo Deportivo suggested that Porto was about to reach an agreement with FC Barcelona over signing Ayoub Abou until the summer of 2018.

“After eight years at FCB yesterday I started a new challenge in my vida.Gracias Barca for all that I have learned and I’ve lived in this great period,” Ayoub posted on his account on Wednesday.

The 17-year old was born in 1998 in Casablanca. He moved to Barcelona with his parents at the age of 9. His brother Latif noticed his skills and signed him up at FCB Escola, Barca’s pre-school football team.

In 2007, the Moroccan talent impressed Josep Gombau, FCB Ecola’ director, who called his boss Alberto Benaiges and arranged for him to see Ayoub play.

Benaiges was reportedly fascinated with Ayoub’s skills compared to other kids his age and signed Ayoub for the Barcelona U-11 team.