El Jadida - Among Muslims, charity is not a matter of courtesy. It is a religious injunction. God enjoins all believers to help each other and his Prophet appears in different hadiths urging Muslims to be generous and kind to the poor. 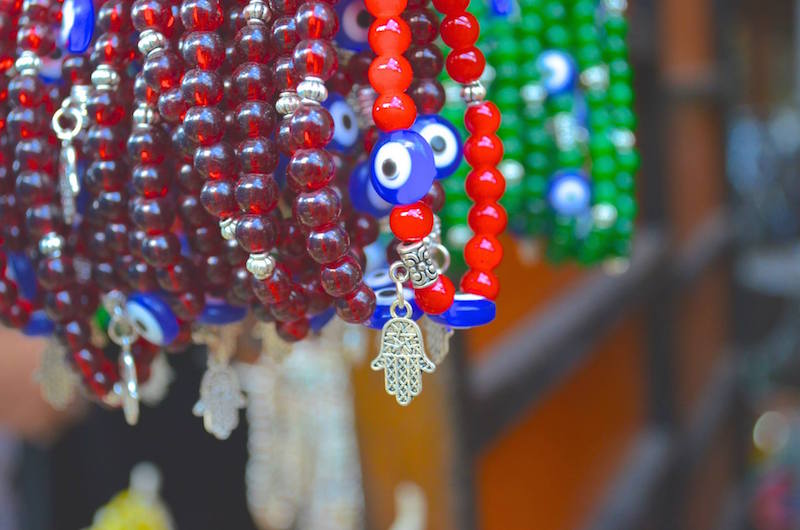 El Jadida – Among Muslims, charity is not a matter of courtesy. It is a religious injunction. God enjoins all believers to help each other and his Prophet appears in different hadiths urging Muslims to be generous and kind to the poor.

Historically, and to some extent at present, the religious obligation of charity has been implemented not only by individual Muslims but also by institutions. What reinforces the ethics of charity is the presence of zakat as one of the pillars of Islamic faith. Furthermore, there is an annual obligation on Muslims to pay small zakat on iftar, the small feast (‘id l-fitr) by the end of Ramadan. “It is a kind of ‘financial worship’ and without its observance the efficacy of prayer is negated” (Benthall 1999, 29). The rationale of fasting in Ramadan, as is explained in the Islamic tradition, is to taste the hunger of the poor and their daily thirst. So Muslims are stirred to be more generous and almsgiving than usual in Ramadan to be far rewarded by Allah. In Islamic sermons, plenty of stories circulate about philanthropic Muslim rulers who were concerned about the poor, like the caliphate Omar who used to tour Mecca by night to make sure that someone was not sleeping hungry.

It is even maintained that when the Prophet of Islam died, he left no worldly estate except a mule for travelling, his weapons for fighting, and a small plot of land to be tenured in charitable trust. Though the word zakat is distinguished from charity for the first is mandatory but the latter is voluntary, the two processes are intertwined in the Holy Book. Also, zakat as a duty builds up the cultural schema of charity as a communicative model or rapport between unequal social classes of Muslims.

The rich find it normal to help the poor and the poor find it normal that the rich are rich and receive alms from the rich without grudge. They rather wait for it with zest; in the Moroccan case, that partly explains the tolerance of street begging and hailing alms-givers with wish prayers so that Allah may increase their riches. Wealth thus is represented as the uneven distribution of Allah.

In Islam, it is decreed that God helps those who help themselves, supporting personal initiative, but the Holy Book also informs Muslims about God’s intervention in the order of the cosmos. Nothing happens without His will. Moroccans tend to harp both on effective social action and on other Qur’anic instances explaining the divine distribution of wealth.

The cultural representations of altruism are underpinned by the divine command that enjoins Muslims to give charity to the poor. Both donors and donees share the same cultural worldview of philanthropy. They rationalize income in terms of “rzaq” (living resource bestowed on one by Allah), which forms the compensatory ideology the masses activate to assimilate the economic inequalities they endure.

Most Moroccans believe in the Divine Will that distributes the living resources (pl. arzaq) to people and one cannot gain but what Allah has decreed for them. The Qur’an refutes human exclusive prerogatives in acquiring wealth. God is the supreme sovereign over all and everything. When people may ask why others are richer, the Qur’an expounds that sometimes even a trial is a blessing from God to measure the faith of his worshippers. God orders his provisions to be spent in an equitable manner with due share to the poorest of the poor. God is described in the Holy Book as just and provides for all his creatures.*

The same belief is reproduced in maraboutic socialization. In this respect, the poor are persuaded to be compensated in the world to come, and the rich who offer alms believe that they can purchase a room in paradise. It seems that people feed on the spiritual source of the Qur’an but the familiar risk is that they may take from it what suits their convictions and social conditions, and what soothes their miseries and reduces their anxieties. God’s will in Muslims’ worldview helps the poor, at least those who have strong faith in revelation, to put up with social inequalities and accept charity without their dignity being hurt. As an interviewee says about the poor: “it is Allah who wanted them to be as such (poor)! Even if we give them money, they remain poor! Oh! We do not need to put our oar in Allah’s choices!” There are many linguistic constructions for this cultural sentiment bearing the same meaning.

According to this cultural logic, the distribution of wealth is not the effect of the uneven distribution of resources and exploitation. It is rather believed to be conferred by God’s will (qudret Allah). Allah created the poor as he created the rich. If he wills, he can turn them upside down. The view that poverty and wealth have divine origins may obfuscate the need for human intervention or organization. The pain of labour even when multiplied beyond any traditional limit by capitalistic intensification can thus still be deflected in a myriad of traditional psychic and cultural maneuvers.

The question that remains unsettled in this respect is how can the masses move from feeling loyalty towards the hand stretched to them in charity in a gift-exchange model of fatherhood and sainthood to feeling the fortitude to put on trial accountable political institutions?

* The Holy Book of Islam makes reference to the fact that Allah reminds the faithful that he has the power to enlarge and restrict the provisions to his servants either as a test or as some punishment for others. It is also stated: “If Allah were to enlarge the provision for his servants, they would indeed transgress beyond all bounds through the earth; But he sends (it) down in due measure as he pleases. For he is with his servants well-acquainted, watchful” (Kor 42, 27). The wisdom that lies behind such verses is that Allah addresses his poor servants explaining to them that he supplies their needs but to a degree that they do not morally decline since he is watchful that riches may spoil their conduct. In the same vein, it was narrated by Abu Hurayra that the Prophet said: “May Allah render the living resources of Mohammed’s folks sufficient to sustain them” (Muslim, Sahih, retrieved from mawsu‘at al-hadith [the encyclopedia of the hadith]; www.hadith.al-islam.com, trans mine.

The Prophet’s speech lays stress on contentment and patience opposite to avidity that may culminate in unbounded craving and ardent fights.