Rabat - A photo of worshippers occupying one of the Casablanca Tramway station tracks in order to perform Eid al-Fitr prayers stirred controversy on social media. 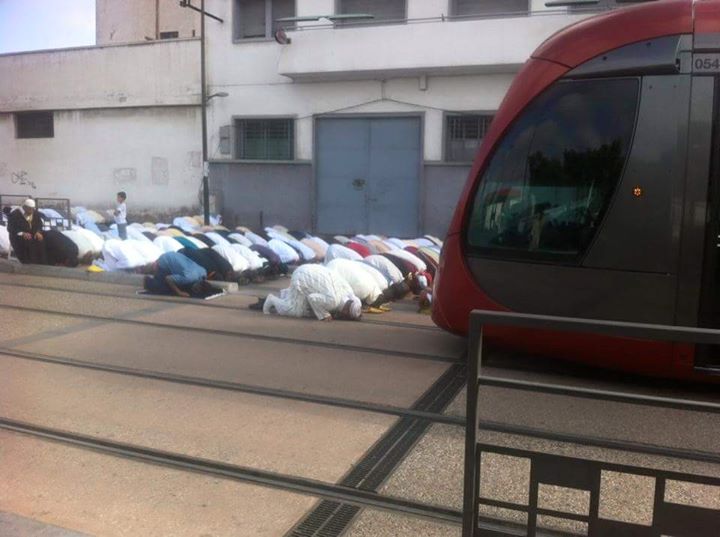 Rabat – A photo of worshippers occupying one of the Casablanca Tramway station tracks in order to perform Eid al-Fitr prayers stirred controversy on social media.

Since the prayer ground was apparently not large enough to host all the worshippers, some latecomers prayed on the tracks of the Tramway.

To avoid crushing the worshippers who were praying on the tracks, the Tramway was forced to stop until the Eid prayer was done.

The photo caused a controversy on social media with statements denouncing the use of public places to perform religious duty.

“Occupying the public places and disabling the interests of people is incompatible with the teachings of all religions,” says a comment.

Another Facebook user quoted from the Quran, saying, “do not throw [yourselves] with your [own] hands into destruction,” Surat Al-Baqarah [verse 195].

Like in every Muslim country, thousands of Muslims congregated at prayer grounds all over the Kingdom on Saturday, July 18 for Eid al-Fitr prayers that marked the end of the holy month of Ramadan.