Rabat - A few weeks after the Moroccan authorities conducted an eviction operation against sub-Saharan immigrants who illegally occupied apartments belonging to others in Tangier, hundreds of them have reportedly sought refuge in a Spanish church, Iglesia del Espiritu Santo. 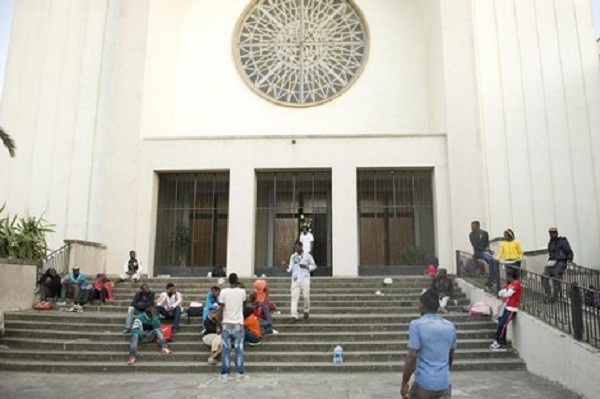 Rabat – A few weeks after the Moroccan authorities conducted an eviction operation against sub-Saharan immigrants who illegally occupied apartments belonging to others in Tangier, hundreds of them have reportedly sought refuge in a Spanish church, Iglesia del Espiritu Santo.

According to a statement by Morocco’s Anti-racism Advocacy Group for the Support of Migrants (GADEM), over 700 immigrants were evicted from the occupied apartments in the Boukhalef neighborhood in Tangier.

The statement said that 400 of the migrants are in the forests adjacent to Tangier, adding that 100 left Tangier for other Moroccan cities while over 200 immigrants have sought shelter in the Iglesia del Espiritu Santo.

Hespress quoted the church caretaker Brother Antonio Alcade Contreras as saying that there are nearly 40 people inside the church, mainly women and children.

He goes on to add that preference has been given to single and pregnant women, while the men sought shelter in the streets around the church.

Mayor of Tangier Fouad Omari reportedly paid several visits to the Iglesia del Espiritu Santo and discussed with the immigrants about their conditions. This move aimed at finding a solution to the crisis as quickly as possible, reported Hespress.

On June 29, the Moroccan Ministry of interior issued an ultimatum to “sub-Saharan foreign nationals who have invaded and illegally occupied apartments belonging to others in the Boukhalef district’s Al Irfane neighbourhood.”

The next day, Moroccan police evicted migrants from 85 apartments in order to hand them over to their owners, as the eviction within the specified timeframe failed.