Rabat - 31 people are confirmed dead, an increase from what was originally 27, and 100 others wounded in a blast on Monday in Suruc, Turkey, according to the country’s Interior Ministry. 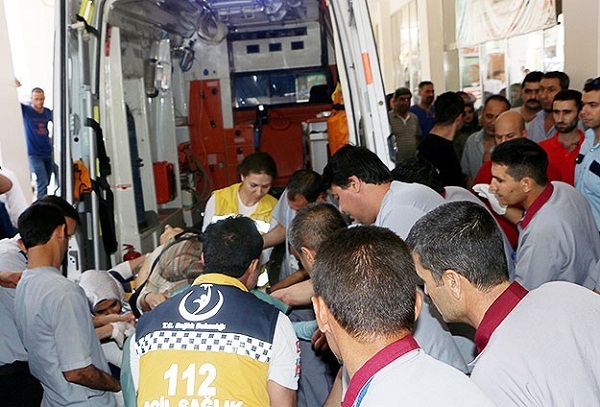 By
Katherine Hall
-
Katie Hall is a student at University of Wisconsin-Madison studying journalism and french.
Jul 20, 2015
Spread the love

Rabat – 31 people are confirmed dead, an increase from what was originally 27, and 100 others wounded in a blast on Monday in Suruc, Turkey, according to the country’s Interior Ministry.

The ministry called the explosion a “terrorist attack”, and expects the death toll to rise.

Pervin Buldan, a senior lawmaker from the pro-Kurdish People’s Democratic Party (HDP) party, stated that local officials were investigating the possibility that it was a suicide bombing.

The blast occurred around 11:50 a.m. during a group gathering calling for help to rebuild the nearby town of Kobani, Syria.  The gathering took place outside the Amara Culture Center, before what was to be a planned trip to Kobani.

“Turkish and Kurdish youth had come to cross into Kobani, and there were three or four days of activities planned,” she told Reuters.

A video posted on Facebook by one of the youth activists showed at least 20 people lying on the ground, and others trying to comfort the wounded.  Many were crying out for help. “Kids were screaming, everyone was screaming and running,” eyewitness Erhan Subasi told CNN. “Everyone was in a panic but trying to help.”

The ministry has called on the public to act “reasonably” and to unite against the attacks, saying that the attack “targeted our country’s unity and integrity.”