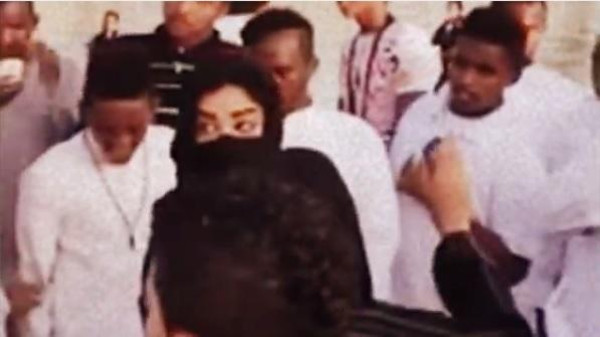 The video, which was uploaded to YouTube, went viral on social media, with statements denouncing the “barbaric” behaviour of these teenagers toward two veiled women on the Corniche.

The video shows a crowd of teenagers yelling hysterically at the women and shouting “Allahu Akbar”, while others continue to watch without doing anything to stop the assault.

According to Al-Arabiya, “the authorities in Jeddah are analyzing the video to identify those involved in the incident and summon them.”

The same source quoted Colonel Aati bin Attiyah Al-Qurashi, a police spokesperson, as saying that, “while no official complaint had been filed on the matter, it was still the police’s responsibility to investigate the video.”

The authorities said that they are analysing the video and will take the appropriate legal measures against the offenders.