Meknes - Throughout history, poetry has existed as a prestigious art and sophisticated science, yet in recent decades, literature as a whole has been in decline due to the countless social networks, entertainment sites and programs and the increased presence of more modern technology, like smartphones, that have been able to catch the users’ attention entirely. 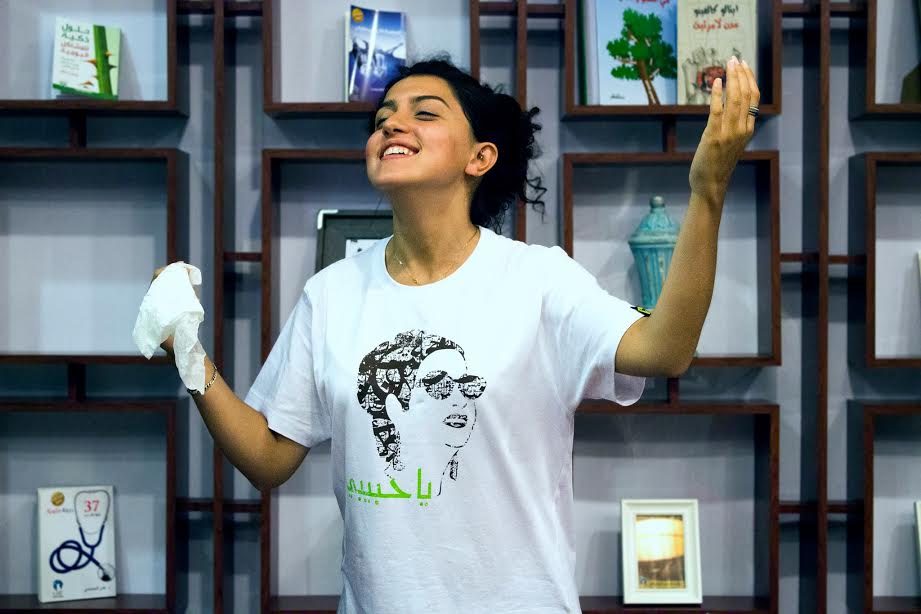 Meknes – Throughout history, poetry has existed as a prestigious art and sophisticated science, yet in recent decades, literature as a whole has been in decline due to the countless social networks, entertainment sites and programs and the increased presence of more modern technology, like smartphones, that have been able to catch the users’ attention entirely.

On one hand, technology has repulsed the identity of literature and demoted the number of intellectuals and bookworms. But on the other hand, they have become a medium that contains a drastic connotation for generating masterpieces of production through a digital format on social media, which has actually incorporated poetry into its advantages, transitioning this form of art into the virtual world. 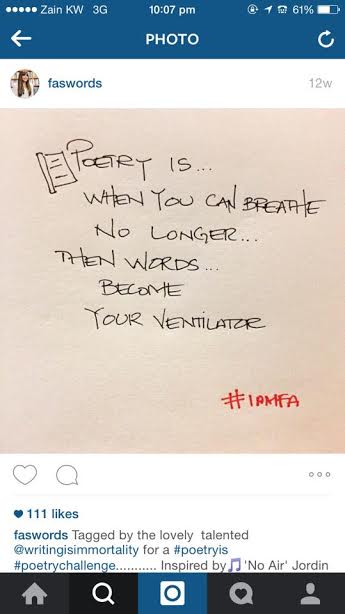 Since its emergence, users have regarded social media as a public space to poetically share their feelings and opinions. It is taken for granted that social media is an unconstrained outlet for the users to express their opinions and share their daily life’s activities. Poets envisage social media as a stage to deliver poetic ballads and epics with symbolism, rhetoric expressions and irony, aimed at spreading creative awareness throughout the earth.

Current generation’s books are being replaced by electronic devices like smartphones. Fatima Al Hamad, a 33 year-old Kuwaiti architect who has the passion to write poetry, displays her work on social media to transmit her ideas and wake spectators from their hibernation in order to feel poetry’s magnificence.

“I found in social media a community from all over the world in a click of a button.  I use it to share my work on Facebook and Instagram in order to show it, basically because of people who don’t read any more like they used to, because nowadays they are either on their phones or their laptops so the best way to actually show off your work is through social media.  By virtue of its benefits, I’m planning to publish my own poetry book soon” Al Hamad stated.

Facebook has had a remarkable impact in maintaining poetry as a vibrant movement. Currently, there are over 50 multilingual groups on Facebook as corridors for publishing poetry, not to mention some influential websites such as Pondrin and other inspiring social networks for poets and writers.

Amal Janah, a 42 year-old Moroccan researcher and poet, said, “To me, Facebook has facilitated to convey my words across the world with no cost. Furthermore, this blue world parallels the bohemian’s lifestyle and the mood of the artist in general thanks to lack of censorship.” 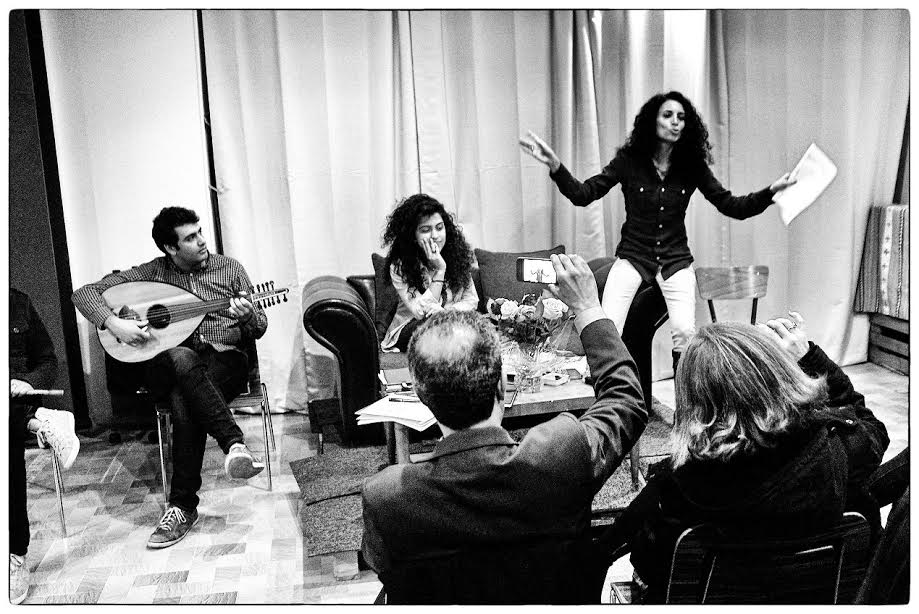 Writing poetry on social media has different perspectives. Since it is an unrestricted space free of censorship and not an academic space that must be controlled under the regular rules and genres, poets are free to choose their own style of writing and language in which there is a deep and touching meaning for the audience. They intensely believe that poetry embodies reality and makes their emotions sound concrete.

Alaa Odeh, a 23 year-old Syrian/Palestinian rapper and poet, said, “We certainly can’t ignore the fact that we’re living in an era which social media, with its advantages and disadvantages, is a very important part of life. I use my personal account on Facebook as a kind of personal blog. I write in it whatever I think of, about music, literature, politics, society and sometimes personal experiences, enjoying the relative absence of censorship, not to ignore how well we’re still watched in detail and frowned upon even on social media.”

“I also take the advantage of the ability to immediately share my very recent state of mind while I am still in the very mood for it, so sometimes I use Facebook with my friends as if it were a confession room, or if you will, even a support group. For example, sometimes I have the mood and conditions to write a paragraph at the very end of the night, or even early in the morning, and I would say I really enjoy dropping it while it’s still hot, not to mention the obstacles of censorship, financials and time-consumption of publishing a book in our countries,” Alaa added.

Today, poets and writers can submit their poems globally. Via a smartphone, they can open the world’s door and interact with people by sharing their verses. 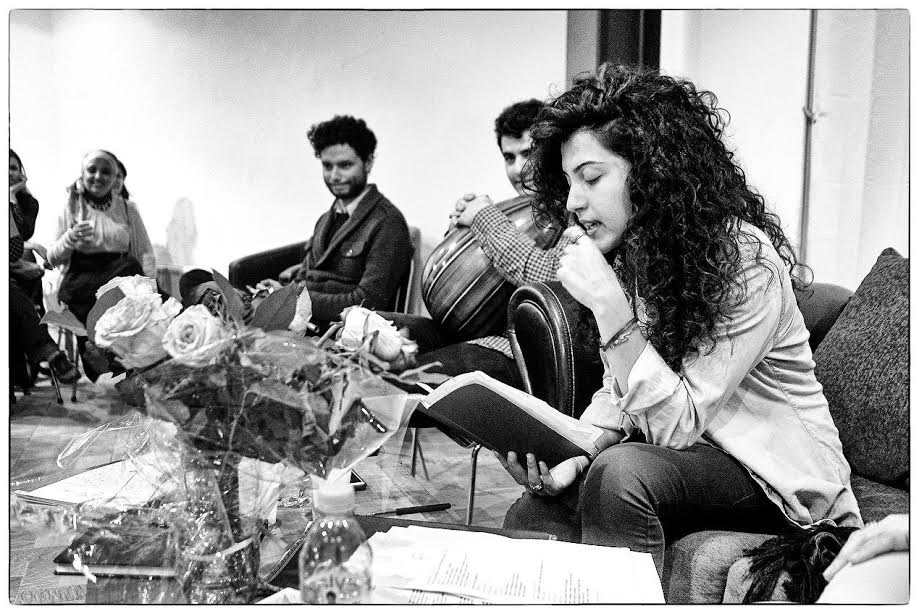 Farah Chamma, a 21 year-old Palestinian poet born in Dubai stated, “To me, social media is a microcosm. It’s a very useful form of communication and of artistic production. Sharing poetry on social media is a way to reach more people, especially those who are distant (geographically). Besides, it is a creative way to share poetry, through different networks.”

Furthermore, social media has played a vital role to supply a stage to poets who cannot take part in worldwide events. Also, it has become the table at which critics and poets sit.

Mona Elmusaddar, a 19 year-old Palestinian student and poet, said, “Social Media is double-edged. Since I’m besieged in Gaza I can’t travel, and by virtue of its pros I’m able to unleash my creativity and maintain contact with other poets and critics in order to support each other and exchange poems and experiences.’’

Poets have resorted to social media to acquit themselves poetically, and in turn benefit from social media’s advantages by releasing an enduring image for poetry through the publicity of their electrifying creativity.

Poetry has become an art form on social media and a mass form of entertainment for sharing humans’ feelings and standpoints on social activities, literature, politics and many other different dimensions.