Rabat - The Algerian Police announced the arrest of four Moroccan tourists on suspicion of terrorism after taking pictures of “security headquarters.” 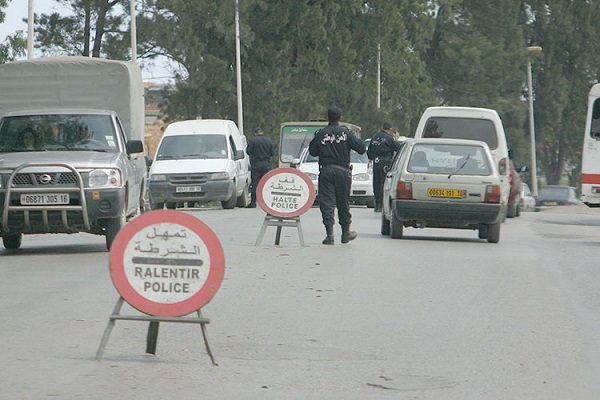 Rabat – The Algerian Police announced the arrest of four Moroccan tourists on suspicion of terrorism after taking pictures of “security headquarters.”

Multiple Algerian media reports said the Moroccan nationals were arrested in the security barrier of ‘Ighil El Bordj outside Bejaia City, Northern Algeria, as they were driving toward the touristic zone Boulimat.

After inspecting the car and the bags, the Algerian police said they found “significant” amounts of cash, in Algerian Dinar and other foreign currency.

A report by the Algerian news website Echorouk said the Moroccan tourists were detained for investigations on suspicion of “being involved in terroristic cases, after entering Algeria as tourists.”

The same source added that local police inspected the suspects’ cell phones and found pictures of multiple security headquarters as well as some videos of local monuments and touristic zones.

The Moroccan nationals are expected to go on trial as soon as the investigations finish.