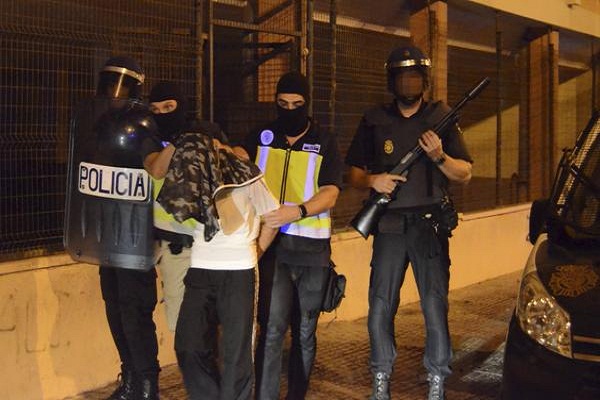 The man who is from Melilia was arrested overnight in a joint effort by the Spanish police and Morocco’s General Directorate for Territorial Surveillance (DGST).

A statement by the Spanish Ministry of Interior said on Wednesday that the suspect, 29, possessed “multimedia files of jihadist nature,” adding that it seized recordings of “radical sermons” in favor of the IS group.

“Some of his propaganda and indoctrination material was aimed at radicalizing women,” the statement explained.

The man was recruiting and sending women from Spain and Morocco to join the military ranks of the Islamic State in tension zones such as Iraq and Syria.

It is not the first time the Spanish and Moroccan security join forces to crack down suspected jihadists.

Earlier this year, the two security forces arrested seven members of a group for recruiting women to send to the Syria-Iraq front.