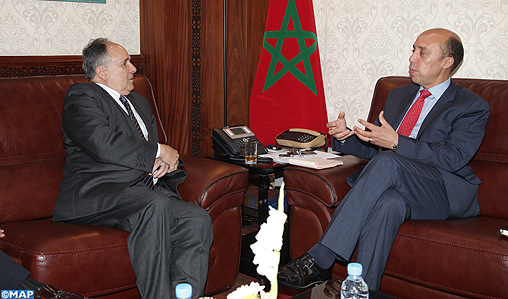 The immigration policy adopted by Morocco and its position in the Mediterranean zone encouraged the Brazilian senate to choose Morocco to take part in the establishment of a network of MPs across the world to discuss immigration and asylum issues, said Buarque following a meeting with deputy speaker of the house of representatives Chafik Rachadi.

The Brazilian senator underlined that he proposed to the Moroccan party to adhere to this initiative, noting that the response was favorable and that a meeting will be held this year or next year to examine this matter in depth.

The Moroccan and Brazilian parliaments had launched a movement regarding children, he recalled, adding that the talks are under way to turn the network into an international network for parliamentarians.

He highlighted the special relations between the two peoples, recalling the friendly ties uniting Brazil and Morocco.