Meknes - Evidently, you cannot just ask people on the street please ‘Like me’. But when it comes to the virtual world, your value could be measured on the number of ‘Likes’ on your media posts. 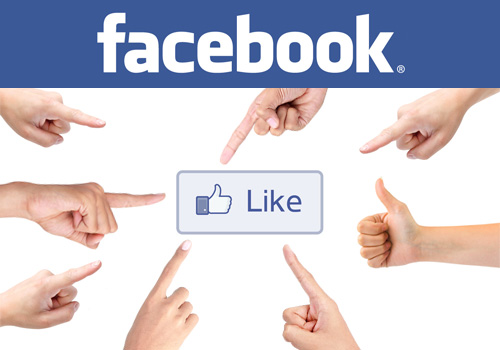 Meknes – Evidently, you cannot just ask people on the street please ‘Like me’. But when it comes to the virtual world, your value could be measured on the number of ‘Likes’ on your media posts.

Some Facebook users enjoy seeing many ‘likes’ on their walls. For them, it is more interesting to see 300 people ‘like’ their posts than 300 others who really read or watch their content without ‘liking’ it. Several marketers and poll institutes use Facebook, Instagram, star fan pages, and other websites as a unit of measure to study human behavior based on the response of this ‘like’ button

In 2010, a statistical study by a specialist in viral mechanics at HubSpot indicated that the publications with a “call to action” as “come to join”, “like” or “share” were more likely to be followed on Facebook.

But after the development of the Facebook newsfeed, things have changed. In the last four years, Facebook has used its newsfeed increasingly to judge the relevance of the content without resorting to the count of «Likes». Thus, the most visited posts are the first ones displayed on the newsfeed. Calculations are determined on the time spent viewing specific content in relation to the time spent viewing another.

Today, publications that are based on the ‘like-bait’ are less relevant than the others. But for some, the Facebook ‘like’ is still meaningful. The proof is that Come n’ like, Like4like, Likeup, LikeBaguette and other virtual communities still exist.

It is important to note that some users click «like» based on sympathy with the creator of the content and even sometimes out of ignorance. Users do not necessarily consult the content, especially when it comes to «serious topics» or analyses. In many underdeveloped countries, some even click ‘like’ on deep intellectual thoughts to show agreement or support to a certain social or philosophical trend. We live in a culture where it is perfectly acceptable to ‘like’ everything without even knowing what it is about.

This virtual behavior attracts the marketplace. The button has often been compared to a web spy, due to the monitoring of user activity, resulting in targeted advertising- such as behavioral targeting- combined with personal data.

The ‘like’, mostly in some underdeveloped countries is an identifier or a sign of presence. In more developed countries, research shows that too much sharing and ‘liking’ on social networks could reveal emotional stress.

Those who spend lots of time ‘liking’ others’ posts are the same users who share others’ personal status on their own walls. They also update their Facebook status constantly. This overuse can show a state of loneliness. If McLuhan considers social networks as a global village, Dominique Wolton, the Director of the Scientific Research National Center in France thinks that these tools lead to loneliness and even anxiety.

According to the NY Post, a study at Charles Sturt University in New South Wales, Australia, which appeared in “Human Behaviour in Computers” analyzed posts from more than 600 women Facebook users.  This research showed that half of them described themselves as “lonely”.

What’s more, nearly 98% of lonely users share their relationship status on Facebook publicly instead of restricting it to just friends, and they even share their home address online. The study also found that those who do not explicitly state that they feel lonely on Facebook tend to share more about topics like religion and politics.

Over-dependence on social networks can also lead to what some doctors call “Facebook Depression,” according to a report, in 2010, on “The Impact of Social Media on Children, Adolescents and Family,” by the American Academy of Pediatrics .

Furthermore, whether in developed or underdeveloped countries, ‘liking’ on social networks can mean that the user is attentive and engaged. It makes others feel involved and caring. ‘Liking’ does not mean to actually enjoy something.  A post on a sad event can also get many ‘likes’ which shows empathy. Sometimes, ‘liking’ on Facebook could simply mean laziness or perhaps lack of knowledge to leave a comment.

The Facebook user who receives the ‘likes’ whether for business or just for fun gets a feel-good confidence boost. According to the ‘Uses and gratification’ theory, people who are using social networks have a stronger desire for instant gratification. Facebook ‘likes’, ‘shares’ and ‘comments’ can play this role. Yes, it is only virtual, but the direct effect on psychology is so real and sometimes very powerful.