Rabat - Mr. Oasis is a Dutch Moroccan DJ, artist, producer, journalist, and entrepreneur based in Amsterdam, the Netherlands.

Rabat – Mr. Oasis is a Dutch Moroccan DJ, artist, producer, journalist, and entrepreneur based in Amsterdam, the Netherlands.

Also known as Casablanca Connect, he scored hits in Morocco such as ‘I’m from Morocco‘, ‘Yallah’, and ‘Ehey ey ey’. He has a great reputation on the international music scene.

Morocco World News approached him for an interview related to his career and life, to inspire future Moroccan talents.

MWN: When did you start DJing, and what influenced your decision to start a career in music?

Oasis: My DJ career started in 1992. I was the first Moroccan DJ in the most exclusive club in Europe, called the RoXY. I fell in love with Hip Hop in the 80’s, with groups like A Tribe Called Quest, Public Enemy, EPMD, De La Soul, and others. Music back then had an inspiring message. With House music it was the Prodigy, Todd Terry, Chocolate Puma, all pioneers that made a huge impact on music the way we know it today. I also grew up passionate about music because my parents introduced me to many music styles that they had in their record collection, such as Stevie Wonder, Isaac Hayes, and Dolly Parton. And here I am, 23 years later, still a DJ that entertains, who’s passionate about his music and tries to make sure everybody connects and spread positivity. Music connects, despite race, background, skin color, and political preference. That’s what I love about music first and foremost. My decision to start a career in it came naturally. I found out I had the talent and perfected my skills and I took action. I had the guts to ask for an opportunity and was fortunate enough that my boldness paid off. Even later in my career I would just ask DJs to listen to something I produced and ask them for feedback. That’s how I ended up releasing two tracks through Laidback Luke. He always introduces new talent to the world. That inspires me to do the same, not only through music, but also with our platform The Colorful Top 100.

MWN: According to you, what is missing for DJs in Morocco in order to grow with time? And do you think that opening a school for DJs in Morocco can be a successful idea to encourage new coming talents for achieving their future goals in the music field? 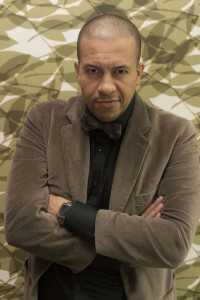 Oasis: To be able to grow, there has to be a professional understanding of what a DJ really stands for. In Morocco there are many things that are more important than music, so there’s no sense of urgency there. There is no united front where DJs stand together and club owners and promoters and bookers also operate correctly. Like many things in Morocco, it’s more of a hustle than a respected profession. I grew up in a professional environment where DJs are respected and are the main attraction at a party. The way I see, many Moroccan clubs book a DJ but lack originality in programming and promotion, and it is a missed opportunity. It is hard work, and it takes dedication and devotion when done right. When talking to fellow local artists and DJs, one thing always comes up: the lack of acknowledgement and respect from clubs. There is a lot of local talent, guys that truly love the music and are passionate about what they do, and are seeking opportunities to unite and work together with others. The local scene is growing and professionalizing. Producers are making moves across the globe and releasing their tracks and working together through modern technology and social media. There are many subcultures in Morocco. Underground, and commercial sounds are reaching a high quality here in both Hip Hop and Dance. This is good for stations like Hit Radio and Medi1 and others that really give the youth a voice, which is amazing. So luckily, things are changing, local DJs are stepping their game up, forcing clubs and promoters to do the same.

I also believe that professional media education would be a good thing. A DJ school sounds cool, but what happens when you have perfected your skills and performance? How does one find his or her personal sound and identity? How does one stand out? How do you handle social media?  How does a DJ deal with the business side of things? These are all things that need to be taken into consideration when building your brand, because at the end of the day that’s what it is. There are a few DJ schools in Morocco coming up. It would be great to see people change their view on DJing and music in general. I have heard amazing productions, remixes, and bootlegs from Moroccan producers and DJs and love to share this with my Dutch or international colleagues. I am proud of the way things are progressing and believe that with the present technology and the Internet, anyone can become an artist and DJ when you work hard and know what you want. In order to grow, the scene in Morocco needs self-reflection and unity.

MWN: Being an entrepreneur, a journalist, and also a DJ is never easy. Tell us how you manage your time and create balance while building success with your busy schedule?

Oasis: I’m blessed with an amazing partner in both life and business that keeps me grounded, sharp and focused. Her name is Raja Felgata, she is a journalist and writer who was the first Moroccan news anchor on national TV in the Netherlands. She also recently wrote a book that’s coming out in September about the relationships between Moroccan men and women. Besides me being the DJ/artist/producer, we have created a platform where we promote cultural diversity in the Netherlands. We founded, produce, and publish an annual magazine called the Colorful Top 100, in which we showcase 100 influential professionals with a focus on cultural diversity. With this platform we challenge companies and media to look at their own roster. Is it a realistic representation of the society we live in? The Netherlands has many lists, one that covers the richest, one that covers the most powerful, but none of them portray the diversity that the country obviously has. We try to showcase that there is talent. There are professionals that operate under the radar, and make that more visible to the rest of our society. We have a skilled team with Moroccan, Turkish, Dutch, and Surinam roots that are always on the lookout for fresh talent or invisible professionals that make a difference and inspire within their respected work field.

For me it’s about passion. As long as I am doing something that I am passionate about, then I don’t care about sleeping less every once in a while. We get a lot of energy from our partners and have a loyal following that believe in our philosophy and support us. So I’m fortunate and grateful to be able to contribute to society with the work we do. We will also be featured with a 14 page special about cultural diversity in the leading magazine for the media called Broadcast Magazine. Our hard work pays off because we are a positive connecting platform that focuses on strength. 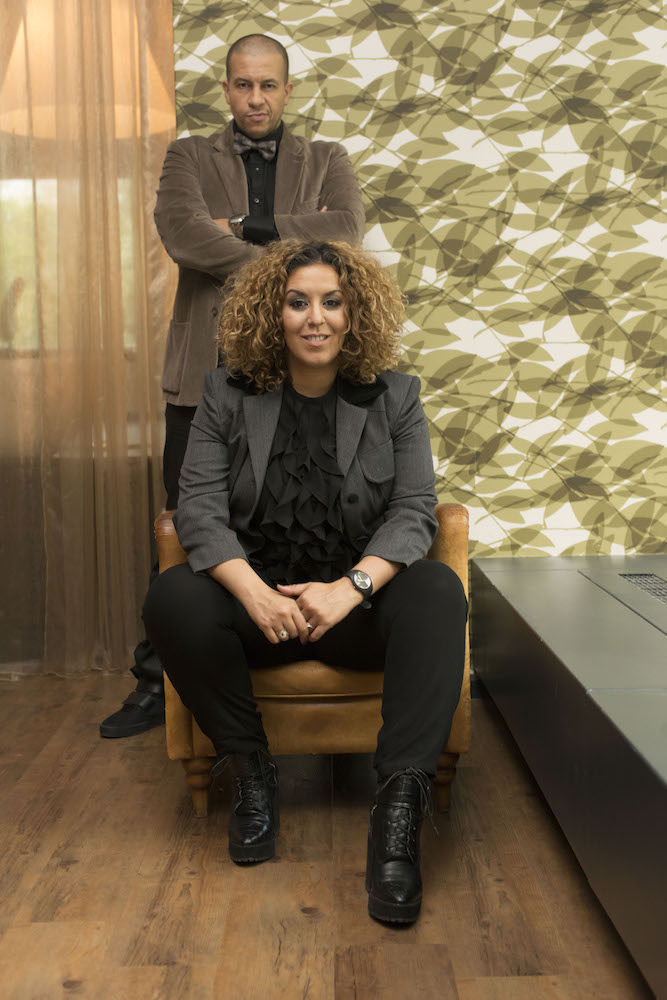 MWN: Do you think that choosing a career in music, and building a reputation next to international artists and DJs was a challenge for you? What stories do you have that can inspire young Moroccan talents who dream big and who want to be known internationally?

Oasis: It’s always a challenge to stay current and relevant. And luckily I have one thing that other DJ’s do not: my voice! When I DJ I also perform and MC, which really made me stand out. I have also had the pleasure of scoring an international hit with the track “I’m from Holland (Where The F… you From?)”, which had huge support from every Dutch DJ from Tiesto to Chuckie to Gregor Salto, and many others. It was an anthem to tell the world: Holland is where it’s happening in Dance music. I was born in Holland and proud of my Dutch side, as well as my Moroccan that’s why I later did a Moroccan version of the song. Like everybody else, I have made good and bad choices in my career. Some of them define my success, and others were good lessons. I have managed to stay positive and driven, and that’s what separates success from failure most of the time. My motivation and ambition is very much alive in everything I do. I am constantly looking to work with other creative forces and entrepreneurs like myself. We have plans lined up to branch out internationally. Maybe the US is a good place to start, since there is an active community there that is also doing inspiring things. And to young talented DJs and entrepreneurs, I would say dare to ask for something, be proactive, do not give up, and surround yourself with people that want you to succeed.

MWN: How did you get involved in journalism, and where do your entrepreneurial skills come from?

Oasis: I have always been a curious kid that loves writing, so when my partner came up with idea for the first Colorful Top list I fully supported her. As the list came along, I started to help out with the process, and we ended up both being Chief Editor for the magazine. After two editions of the magazine were published, I started working for national radio and TV as an editor, producer, and reporter. I was responsible for musical productions for one of the most successful TV shows, and I was a reporter for a US elections special for radio and a documentary that covered the connection between music and warzones.

My entrepreneurial skills developed over the years, first in the music business and later when creating our platform and magazine. Back in Holland I organized several parties and created concepts for clubs, where I was responsible for programming, promoting, DJing, and hosting. That gave me the opportunity to promote my brand and also book fellow DJs, and since I’m a colleague, the negotiating part was a challenge, but I loved the process. As an artist, I started out naive but I’m still learning from every meeting and deal we make. I am thankful for the fact that I can be active creatively with my music and also in business concepts, as well as closing important deals. I do my thing with sincerity, and will never forget my roots or where I came from. To me, being successful is about helping others and moving forward in numbers. I have always created my own opportunities and had the help of sincere good people, and I will continue to do so in life and in work.