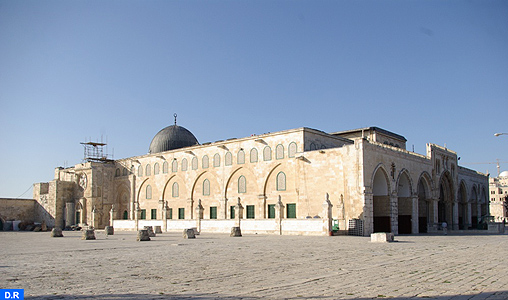 “While strongly condemning this dangerous and unacceptable escalation that harms the sacredness of Al Aqsa mosque with a view to taking hold of this holy site through an attempt to divide it in terms of space and time, Morocco calls for an end to all Israeli escalation acts led against Palestinians and meant to impose the policy of fait accompli,” says a release of the Moroccan ministry of foreign affairs and cooperation.

Morocco also called the international community to take its responsibilities in protecting the city of Al Quds and Al Aqsa mosque and put an end to Israeli violations which are meant to hurt the feelings of Muslims worldwide and sabotage efforts and initiatives seeking to find a final and fair settlement to the Palestinian cause, the release went on.