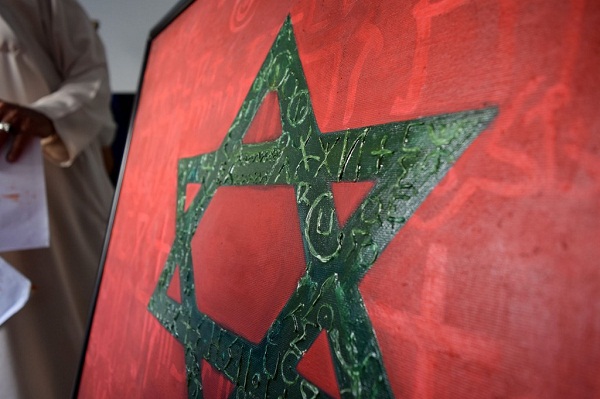 Rabat – Chama Mechtaly is a young artist who is currently studying in Boston, Massachusetts. Through her art, she aspires to reclaim and paint a pluralistic and complex image of the Moroccan identity. However, this does not please everyone who comes across her work.

When she was in high school, Mechtaly went through a sortof identity crisis. When digging through her family history, she discovered that she had Jewish Amazigh heritage that was mostly forgotten in the era of Arabization and Islamization.

“It’s also important for me to talk about Amazigh Jewish identity, because I would not have found my Jewish roots and my African identity had I not embraced my Amazigh identity and gone through a long decolonization process freeing myself form an imposed Arab identity in the Maghreb,” she said on her Facebook page. 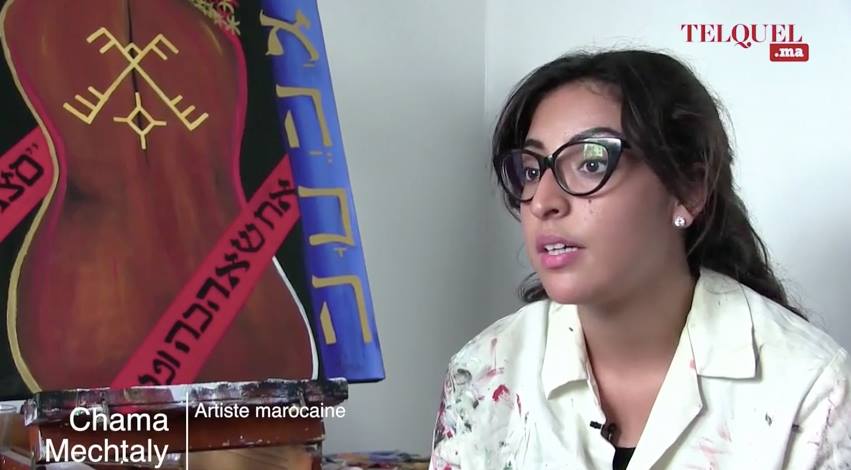 In an attempt to reclaim that identity, Mechtalywent on an artistic journey of repainting the Jewish Amazigh woman of the colonial era.Mechtaly’s work was showcased during the first week of July in Complexe Culturel Sidi Belyout, and shed the light on a mix of Hebrew, Tifinagh, and a great use of semiotics true to the Judeo-Amazigh culture.

Unfortunately, the director of the centre forced Mechtalyto take down one of her pieces on the first day of the exhibit. The director said that the piece could bring about negative attention from extremists, which could potentially result in aggressive behaviour. The painting, which is titled “DrapeauMarocainRevisité” (Moroccan Flag Revisited), is a green Star of David on a red background with writing in Arabic, Hebrew, and Amazigh, saying “identity”, “history”, and “memory”. The piece is not only a reference to the multiple identities of Morocco, but also some variants of the Moroccan flag used before General Lyautey changed it to a green pentagram on a red background.

After long negotiations, Mechtaly found herself obligatedto take it down because she was faced with charges of deformation of national emblems. “After I was told that I might face jail time for showing this painting and negotiating for a while, I took it away and the only thing left on the white wall was the title: “Moroccan flag revisited”/”DrapeauMarocainrevisite” without the painting…” she saidin a Facebook post detailing what happened in regards to the issue. “Which I think reflects how we’ve constructed and instructed identity for decades: We talk a lot about pluralism and tolerance in Morocco, but this talk is not reflected in reality and in the public school system,” she added.