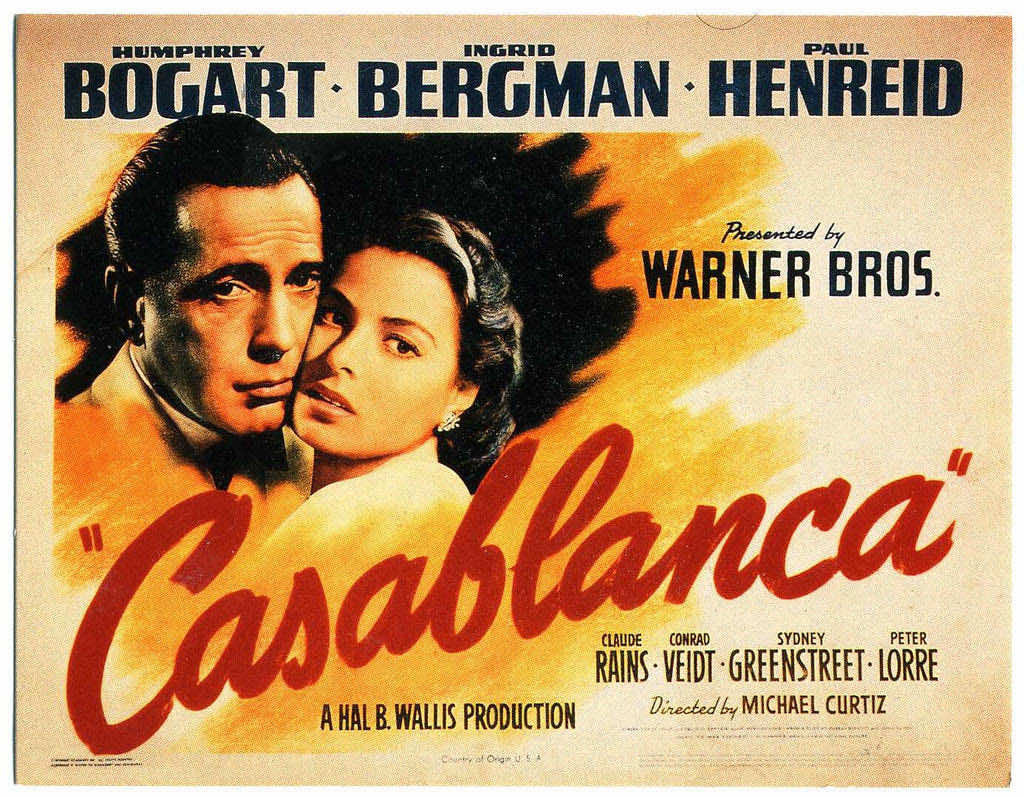 By
Karla Dieseldorff
-
Karla is an award-winning actress and producer.
Jul 29, 2015
Spread the love

Miami – The BBC and its prestigious rankings has once again created a poll. This time, with the help of 62 film critics who came up with a list of the 100 Greatest American Films in History. The movie Casablanca climbed to ninth place in the list of feature films.

The critics sent in their list of their 10 best films that deserved placing. The first received ten points and the tenth one point. The BBC says that those films that received US funding were likely to be cut from the survey and those whose directors were not originally from the US, which were 32.

Casablanca is a 1942 American romantic drama directed by Michael Curtiz and based on Murray Burnett and Joan Allison’s play “Everybody Comes to Rick’s”. Played by actors Humphrey Bogart and Ingrid Bergman, the movie tells the story of an American expatriate named Rick Blaine who runs a nightclub in Casablanca during the early part of WWII.

The nightclub becomes a haven for those in need of illicit letters of transit to escape to America. Rick is one day approached by a political leader looking for help to escape, along with his wife Lisa, who happens to be Rick’s greatest love.

Casablanca’s famous love triangle has lead the way and inspired many more films. Growing its reputation over time, the fantastic performances of its stars and those memorable quotes, this film does deserve its ranking. One of the best movie quotes of all time and my personal favorite “We will always have Paris”.