Rabat - Cecil the lion, one of Zimbabwe’s most famous and loved creatures in Hwange National Park, was shot and killed by an American hunter with a bow and arrow earlier this month. 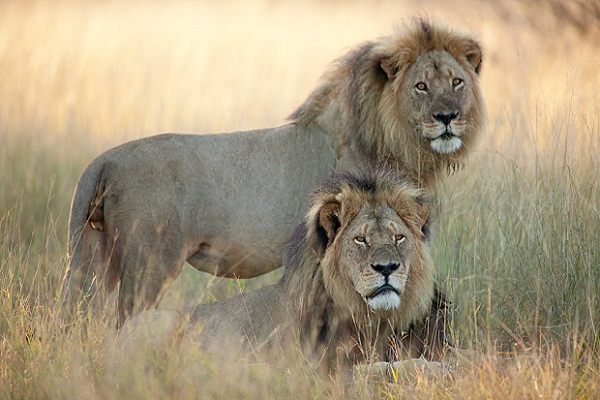 By
Katherine Hall
-
Katie Hall is a student at University of Wisconsin-Madison studying journalism and french.
Jul 29, 2015
Spread the love

Rabat – Cecil the lion, one of Zimbabwe’s most famous and loved creatures in Hwange National Park, was shot and killed by an American hunter with a bow and arrow earlier this month.

The 13-year-old lion was part of an Oxford University project and wore a GPS collar.

Walter Palmer, a dentist from Minnesota, USA, is being held responsible for killing the lion, and has said that he “deeply regrets” killing Cecil.

Palmer is believed to have paid $55,000 for the privilege to shoot and kill the lion with a bow and arrow.  Cecil was shot on July 1.

“I had no idea that the lion I took was a known, local favorite, was collared and part of a study until the end of the hunt,” he said. “I relied on the expertise of my local professional guides to ensure a legal hunt.”

We just received this statement from Dr. Walter Palmer, accused of killing Cecil, the lion. “In early July, I was in…

Professional hunter Theo Bronkhorst and farm owner Honest Ndlovu are charged with poaching offenses for not having the required hunting permit.  The two Zimbabwe men could face up to 15 years in prison if found guilty.

According to police, Walter Palmer could face poaching charges as well.

Conservation groups in Zimbabwe and animal-lovers around the globe are in outrage over the killing, due to the lion’s fame and for the way in which he was killed.

Hunters illegally lured Cecil outside of the confines of the park using bait, wounded the lion with a bow and arrow, and killed him the next day with a gun, according to Johnny Rodrigues, head of the Zimbabwe Conservation Task Force.

Soon after, Cecil was beheaded and skinned.

“Cecil was the most confident lion you ever met,” Brent Stapelkamp, a long-time researcher for Oxford University’s project, told The Telegraph. “He knew he was the biggest on the block.”

Cecil was often identified by his black-tinted mane and large size, and recognized for his apparent confidence and comfort around park visitors.

“You could get to two or three photographs of him, without him moving, and he was used to safari vehicles. He was a total lion experience.”

According to David Macdonald, founding director of Oxford’s Wildlife Conservation Research Unit, it’s important to note that research has shown that if one male is killed, “the resulting perturbation” can lead to the deaths of other males and to the deaths of his cubs.

Since the news of the incident, more than 300,000 people have signed an online “Justice for Cecil” petition, calling on Zimbabwe’s government to stop issuing hunting permits for endangered animals.