Rabat - More than 3,500 migrants rushed the Eurotunnel, the tunnel linking France and Britain, over the past two nights, leaving one man killed amidst the chaos. 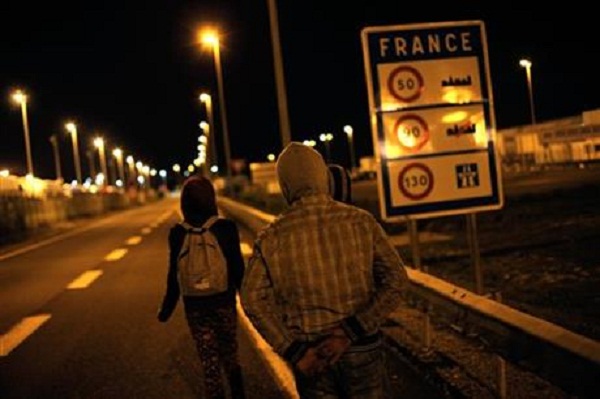 By
Katherine Hall
-
Katie Hall is a student at University of Wisconsin-Madison studying journalism and french.
Jul 29, 2015
Spread the love

Rabat – More than 3,500 migrants rushed the Eurotunnel, the tunnel linking France and Britain, over the past two nights, leaving one man killed amidst the chaos.

Many of the migrants, believed to be from Africa and the Middle East, have been residing near the tunnel entrance for months, waiting to make their move into the country.

The tunnel runs 50 kilometers (31 miles) from Calais, a port in northern France, to Folkestone in southeastern England.

The man killed overnight, believed to be a Sudanese man in his mid-20s, was hit by a truck, according to Gilles Debove, a police union official told The Associated Press.

Police stopped the rest of the migrants trying to storm the tunnel.

The idea of using the Eurotunnel as a route into Britain is not new.  Eurotunnel has intercepted 37,000 attempts since January, and nine people have died trying since June.

Many attribute the push into Britain to more job opportunities for low-wage and illegal workers.

While these incidents have strained relations between Britain and France, British Home Secretary Theresa May said France and Great Britain agreed to work together “to return migrants, particularly to West Africa, to ensure that people see that making this journey does not lead to them coming to Europe and being able to settle in Europe.”

To enhance security in the tunnel, “the French government has already been pushing in for extra resources and extra police resources,” May said. “And the UK government will be pushing up to 17 million pounds ($26.5 million) more to ensure the security of the Eurotunnel.”