Washington DC - The latest abrupt changes at the helm of Algeria’s Presidential security apparatus add to the mounting fears that a developing power struggle among ruling clans in Algeria could plunge the country into political and security chaos. As concerns grow over the health of President Bouteflika, the succession rivalry between the Presidential camp led by Bouteflika’s brother Saïd and the Military camp led by the Intelligence Chief General Toufik Mediene has intensified to levels not seen before. 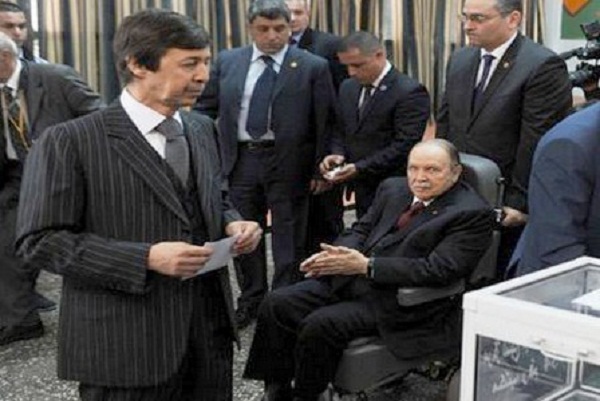 By
Hassan Masiky
-
Hassan Masiky was born in Kenitra, Morocco, and is based in Washington as a blogger and freelance writer.
Jul 29, 2015
Spread the love

Washington DC – The latest abrupt changes at the helm of Algeria’s Presidential security apparatus add to the mounting fears that a developing power struggle among ruling clans in Algeria could plunge the country into political and security chaos. As concerns grow over the health of President Bouteflika, the succession rivalry between the Presidential camp led by Bouteflika’s brother Saïd and the Military camp led by the Intelligence Chief General Toufik Mediene has intensified to levels not seen before.

In a bizarre and disquieting move, the fired Generals learned of their fate through the media. In a country where the armed forces is “the supreme leader”, sacking high ranking officials in this manner is an affront to the institution which begs the question: Who made the decision to fire?

According to AFP news agency, the Algerian daily Al-Watan reported that the sacking was a result of “errors” and “negligence.” It spoke of an “accident” last week in which two security guards sparked panic at the Zeralda presidential residence west of Algiers by firing shots.

Was it an attempt coup d’état, a turf dispute between clans, or just disciplinary actions that led to this rude dismissals? Algiers is rife with conspiracy theories and anecdotes but short on facts and official statements.

The absence an official bulletin announcing the firing is a sign of a fractured and nervous military establishment concerned for its feature in a post-Bouteflika reign. Furthermore, some Algerian news sites have reported that before the end of the summer the Presidency will publish a list of purged military officers who will be “asked: to retire.

As the commander-in-chief of the armed forces and defense minister, President Bouteflika is the only authority who can issue such orders. However, is he healthy and of sound mind to render such verdicts? The answer is NO.

How can a leader who has been only shown, but not heard, on national television in few engineered video clips rule a byzantine country like Algeria?  In the absence of official statements, it will be safe to assume that Bouteflika has been physically diminished and lost some of his functions. As such, his brother Saïd must be running the presidency behind closed doors.

Saïd Bouteflika, 57 years old, holds the officials position of special advisor to the president. He has been his “brother’s keeper” since the President’s aneurysm. According to several Algerian activists, some close to the military establishment, Saïd is the brain behind the throne.

With Each clan trying to stock key positions with leadership loyalist to its camp hoping to emerge stronger in the new era, some observers view these changes in key security positions as a maneuver by the Bouteflika camp led by Saïd to consolidate power and centralize decision-making at Al-Mouradia (Presidential Palace).

The acrimony within the Algerian ruling clans is nothing new. However, the quick and insulting manner in which these high ranking military officials were fired is an ominous sign that the decades long delicate power sharing agreement between the Presidential camp, the Military establishment (i.e. the National Armed Forces or ANP) and the Intelligence agencies (i.e. the Directorate of Intelligence and Security or DRS) is on the verge of collapse.

If this is the case, Algeria will inter a turbulent and a dangerous zone that will further jeopardize the security and stability of North Africa and Southern Mediterranean.

Algerians have been frustrated with the lack of political and economic reforms. The economy has been beset by slumping oil revenues. The decline in hydrocarbon income will reduce government subsidies which in turn will lead to social upheaval and insecurity.

Europe and the United States never voiced concerns that President Bouteflika is too ill to govern. The upheaval in Libya, the deteriorating security situation in Tunisia and the political turmoil in Egypt should serve as a lesson to the West. Yet, Western governments are more interested in Algeria’s oil and gas riches than its political stability.