Rabat - It’s been nearly 17 months since aircraft MH370 disappeared, but the recent discovery of a wing section washed up on the French island of Réunion in the Indian Ocean offers yet another piece of hope that one day the mystery will be solved, officials saying the debris is “almost certainly” from a Boeing 777. 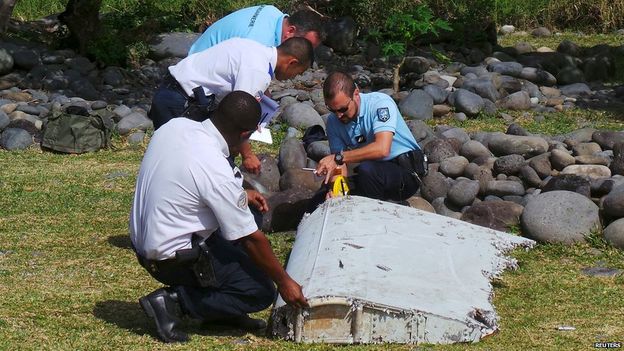 By
Katherine Hall
-
Katie Hall is a student at University of Wisconsin-Madison studying journalism and french.
Jul 30, 2015
Spread the love

Rabat – It’s been nearly 17 months since aircraft MH370 disappeared, but the recent discovery of a wing section washed up on the French island of Réunion in the Indian Ocean offers yet another piece of hope that one day the mystery will be solved, officials saying the debris is “almost certainly” from a Boeing 777.

MH370 is the only unaccounted-for 777 in the world since it went missing on March 8, 2014, after taking off from Kuala Lumpur International Airport, en route to Beijing with 239 passengers on board.

Malaysia’s deputy transport minister, Abdul Aziz Kaprawi, has said that while the debris likely belongs to a Boeing 777, it is not yet confirmed to be from Malaysia Airlines flight MH370.

Kaprawi said it would take about two days to verify if the debris belongs to MH370.

Malaysia has sent a team to Réunion to examine the debris, which appears to be a flaperon, a two meter-long part on the rear edge of the wing.

Warren Truss, Australia’s deputy prime minister, said the flaperon discovery was being treated as a “major lead” in the continuing hunt for MH370.

According to Truss, the Réunion islands are a long way from the search area, but the location is consistent with work that was done to identify the current search area. A discovery of wreckage of MH370 “would not be inconsistent” with current predictions, he said.

“This obviously is a very important development and if it is indeed wreckage from MH370, it starts to provide some closure for the families of the people on board,” Truss said.

The discovery of the debris is the most notable lead in the mystery in a long time, however relatives of the passengers are hesitant to believe the news and regain hope.

Relatives of many of the 153 Chinese passengers of MH370 said they wanted authorities to be certain the part was from the missing plane. A statement said: “We want [the information] to be 100% positive. We care more about where our families are rather than where the plane’s wreckage is.”

Several weeks after the plane’s disappearance, satellite sightings of large objects in the southern Indian Ocean that Australian and Chinese authorities believed could be debris from the aircraft, led both ainvestigators and hopes to a dead end.

Soon after, four acoustic “pings” detected in an area of the southern Indian Ocean provided yet another false source of hope.

“It may be the debris of MH370, but I think I’d rather wait for the official confirmation,” said Steve Wang, whose mother was on the flight. “We’ve had so many false alarms since the plane went missing.”