Rabat - Recent reports have caused Tunisia to once again reject the allegations of agreeing to host a U.S. military base for the fight against ISIS in Libya, creating more questions for some regarding relations between the U.S. and Tunisia. 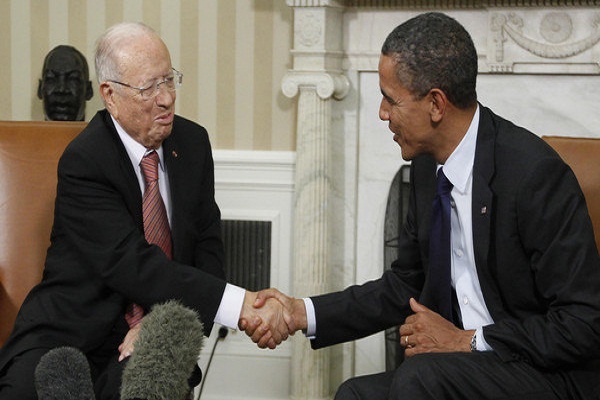 By
Katherine Hall
-
Katie Hall is a student at University of Wisconsin-Madison studying journalism and french.
Jul 31, 2015
Spread the love

Rabat – Recent reports have caused Tunisia to once again reject the allegations of agreeing to host a U.S. military base for the fight against ISIS in Libya, creating more questions for some regarding relations between the U.S. and Tunisia.

Reports claiming that Tunisia had begun to obtain U.S. surveillance systems for what would be a U.S. military station in the city of Haouaria have sparked the debate, and many have either expressed denial or support for the idea.

According to the Italian newspaper report, the base would serve as a substitute for the Naval Radio Transmitter Facility Niscemi, a U.S. navy telecommunications station in Niscemi, Italy.

The Niscemi station’s operations have been frequently interrupted since 2012 after becoming the target of protests from local residents who disproved the installation of MUOS, a U.S. satellite system, for fear of potential environmental and health consequences caused by the radio waves.

The reports also suggested that Tunisian President Beji Caid Essebsi talked about bringing the surveillance equipment to Haouaria during his visit to the United States in May.

In response to the allegations, the spokesman of the Tunisian Presidency, Moez Sinaoui, told radio station MosaiqueFM that “Tunisia’s doctrine since independence has been to reject any establishment of a foreign military base in the country.”

While logistical support from the U.S. is important to Tunisia, hosting a military base would bring “catastrophic” results for the country, according to Dr. Mazen Cherif, a security expert and head of the Tunisian Center for Global Security Studies.

“Tunisia is the world’s top exporter of terrorists… Hosting the U.S. base would only invite more jihad in Tunisia,” said Cherif.

Mondher Thabet, a political analyst, also dismissed the allegations saying hosting a U.S. military base has been “off the table” for years.

“A U.S. military presence on Tunisian soil is a non-negotiable matter. But I do back logistical, intelligence, technological, and training cooperation with the U.S.,” said Thabet.

These claims come soon after a recent report in the Wall Street Journal saying that the U.S. is currently discussing with North African countries about positioning drones at a base on their soil to prevent further expansion of ISIS in Libya.

Maj. James Brindle, a Pentagon spokesman, told Al Arabiya News that such a station in North Africa “would be for surveillance, not kinetic” and would be “a sovereign host government facility to which the U.S. is granted access.”

“We work closely with our African partners to counter violent extremism, address security challenges and promote regional stability, and will continue to do so,” Brindle stated, also noting that “no final decisions have been made.”