Rabat - Beijing has been selected to host the 2022 Winter Olympic Games, making it the first city in history to host both a summer and winter Games. 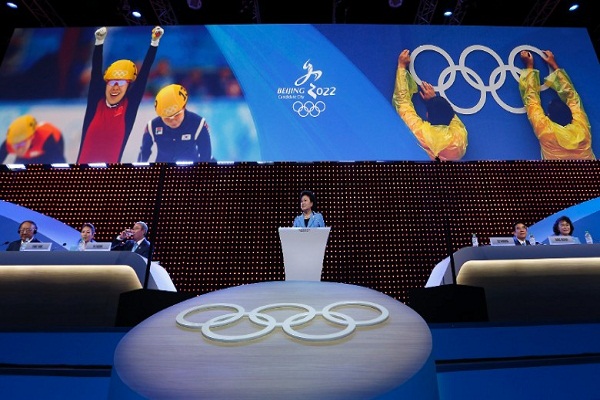 By
Katherine Hall
-
Katie Hall is a student at University of Wisconsin-Madison studying journalism and french.
Jul 31, 2015
Spread the love

Rabat – Beijing has been selected to host the 2022 Winter Olympic Games, making it the first city in history to host both a summer and winter Games.

Beijing started out as an underdog in their bid for the 2022 Winter Olympics, but after cities such as Oslo, Munich and Stockholm decided against moving forward to host the games, Beijing and Almaty, Kazakhstan remained as the only two cities in the running.

video: #Beijing beats Almaty of Kazakhstan to win the bids for the 2022 #Olympic Winter Games. https://t.co/uQhorovfVy

The International Olympic Committee (IOC) said that Beijing was awarded the Games over Almaty because it fitted its new plans for a “stronger focus on sustainability, legacy, and transparency.”

The plan is to host the stage ice events in Beijing, while the snow-based competitions will take place in the city of Zhangjiakou, about 190 km northwest of Beijing in Heibei Province.

After it successfully hosted the 2008 Summer Olympics, Beijing seemed to be the favorite despite concerns about a lack of natural snow in the mountains and protests from human rights groups.

Activists have highlighted what they suggest is the country’s worsening human rights, with more than 260 Chinese citizens detained or questioned in a recent crackdown on communist party opponents, activists, journalists and academics.

Olympic skeleton champion Lizzie Yarnold told BBC Radio 5, “Before 2008 there was a lot of discussion around human rights and awareness around it. I hope that the International Olympic Committee have taken that into consideration and are going to make actual changes this time, rather than just discuss it.”