Meknes - Firmness, solidarity, and credibility; these are the values which underpin Morocco’s foreign relations, stated the Sovereign in a speech on the occasion of Throne Day, July 30, 2015. 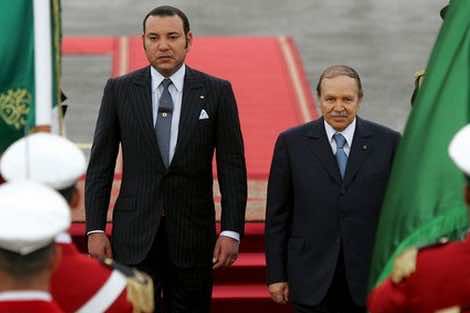 Meknes – Firmness, solidarity, and credibility; these are the values which underpin Morocco’s foreign relations, stated the Sovereign in a speech on the occasion of Throne Day, July 30, 2015.

These values serve as ‘one’ in the Moroccan foreign policy model to “safeguard the nation’s best interests,” with the domestic policy designed to serve the citizens.

“Don’t allow it, don’t tolerate it,” just do it. This slogan summarizes the communicational strategy of firmness which needs several tools to be achieved  in Morocco. For instance, to achieve the objective of this strategy in the Kingdom’s Southern Provinces (the so-called Western Sahara), Morocco should follow the advanced regionalization scheme, as well as the development model of these provinces to keep their unity.

“Morocco will do whatever it takes to defend its best interests. It will never allow anyone to undermine its sovereignty, territorial integrity, or social model; nor will it tolerate any attempt to harm its institutions or offend the dignity of its citizens,” the King stated.

To mark the 39th anniversary of the Green March, the Sovereign said “No” five times. “No” to the modification of the regional conflict’s nature. “No” to the revision of negotiation principles, including the mandate of MINURSO. “No” to complacency. “No” to place on the same footing oa “member state” at the United Nations with the POLISARIO separatist movement. “No” to legitimizing the lawless state.

However, as Morocco is a flexible country well-versed in adaptation, this slogan of”Just Do It” is not final. “This does not mean the case has been closed. Indeed, we all need to remain vigilant and mobilized to thwart the schemes and plots of our adversaries and counter whatever deviation there may be from the UN settlement process,” the King continued.

As far as solidarity is concerned, Morocco made many gestures of solidarity toward the countries hit by the so-called Arab Spring. These gestures involved tourism, economics, and security through visits or negotiations, as the recent Skhirat talks to resolve the crisis in Libya indicate. “No matter how complex the situation is in the Arab region due to growing fanaticism and terrorism, the Palestinian cause remains critical for the achievement of peace in the Middle East region,” stated the Monarch.

Solidarity is also about cooperation when it comes to shared interests. According to the royal speech, the Kingdom’s strategic diplomacy is aimed at promoting active South-South cooperation, especially with African sister nations. On the religious level, Morocco showed a huge solidarity. Hundreds of sub-Saharians came to Morocco to learn Islam and the way of understanding the divine religion in its theory and practical levels. Cooperation is also made with European, American, and Asian participants.

In regards to credibility — the cooperation, partnership, and hosting of international events are the best indicators. Morocco aims especially to develop cooperation with France, with whom it maintains an exceptional partnership, Spain, who is seen as a strong ally; and Europe, generally as a strategic partner, calling for a “balanced, equitable partnership that goes beyond narrow, short-lived interests.” Morocco aims also to strengthen its cooperation with the United States, whose people share the same values as Moroccans, as well as Russia and China as part of its “endeavors to diversify its foreign relations.” “Morocco’s credibility is also shown by its positive involvement in dealing with various issues of global concern,” the speech continued.

The Moroccan model shows more of a ‘challenge’ than a ‘change’ imposed by the uprisings that have shaken the region, read the royal speech. Torn between ‘evolution’ and ‘revolution’ concepts, several books and articles were written outside of Morocco about its remarkable stability after the so-called Arab Spring. This evolution led to the new concept of “exception.” Morocco is, as the authorities repeat, an “exception” in the Arab world and its Islamist Prime Minister, AbdelilahBenkirane, who was back at the Davos Economic Forum this year to promote the “secrets of Morocco’s success,” wrote the Guardian.