Rabat - Tunisian police assaulted the players of the Moroccan national team following the match that pitted it against Tunisia on Saturday night in Tunis. 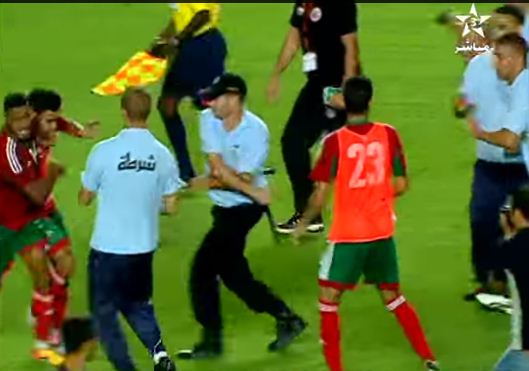 Rabat – Tunisian police assaulted the players of the Moroccan national team following the match that pitted it against Tunisia on Saturday night in Tunis.

The incident took place after the Moroccan players vented their frustration at the referee who were too generous with the Tunisians and was instrumental in helping them win the match.

Tunisia beat Morocco 2-0 during the second leg of the qualifiers of the U-23 African Cup of Nations, and secured its participation in the upcoming continental tournament, scheduled to take place next December.

The Moroccan national team won the first 1-0 two weeks ago. The four teams that will qualify to the semi-finals of the U-23 African Cup of Nations will secure their tickets for the Rio 2016 Olympic Games.