Miami - The Behind the Scenes video of the latest Mission Impossible: Rogue Nation is quite exhilarating. The action and energy of this movie will have you on the edge of your seat; not even counting the exceptional performances by Tom Cruise and the rest of the cast.

By
Karla Dieseldorff
-
Karla is an award-winning actress and producer.
Aug 2, 2015
Spread the love

Miami – The Behind the Scenes video of the latest Mission Impossible: Rogue Nation is quite exhilarating. The action and energy of this movie will have you on the edge of your seat; not even counting the exceptional performances by Tom Cruise and the rest of the cast.

The beautiful and historically-rich city of Casablanca in Morocco was the chosen set for many of the film’s car chase scenes. With its intricate streets, its colorful scenery and unique infrastructure, shooting in Casablanca was not an easy task. They say, “Why do the stunts look real? Because they ARE Real”

English actor Simon Pegg who plays the role of “Benji Dunn” says, “I’ve never driven around such narrow alleys so fast in my life”. In the video, Pegg rides with Tom Cruise in a BMW M3 driving at high speeds, making sharp and tight turns, drifting, and swerving all over Casablanca.

We see Cruise during this high-speed chase cutting corners, driving down the city’s steps, busting through a market, crashing into other vehicles, and taking down a gate while in mid-air.

The scenes are real, the stunts are real, and the danger is real. For that matter, Eastwood being the stunt expert declares, “Drifting through those narrow streets is very easy to get out of control”.

Of course no Mission Impossible film can lack a comedic touch, which Pegg and Cruise perform very well together. Pegg screams terrified during the car chase, adding that mix of fear and comedy to what Cruise laughingly says, “Simon just cracks me up in his performance. [He] makes me laugh every time I see him”.

The cast and crew agree, “Casablanca is one big adventure”. Mission Impossible: Rogue Nation will show you Morocco amongst cars, speed, and narrow streets. 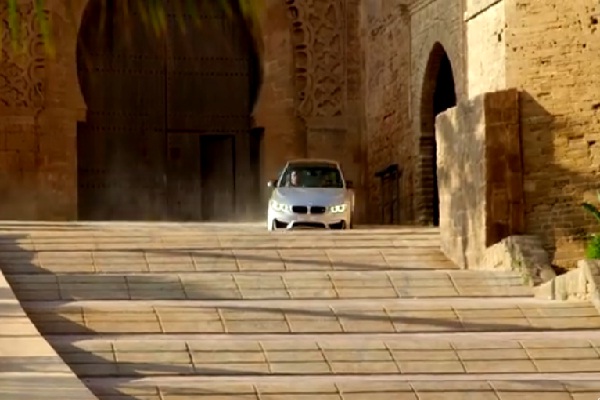 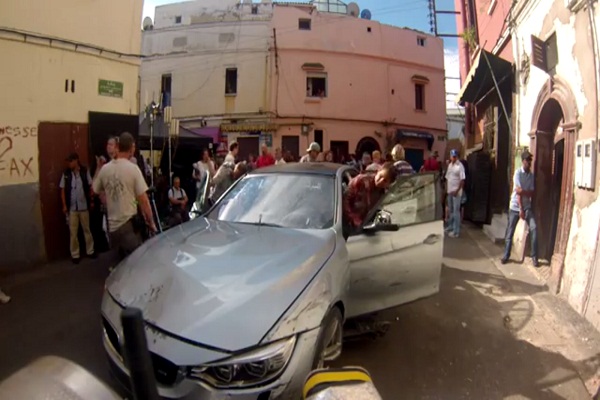 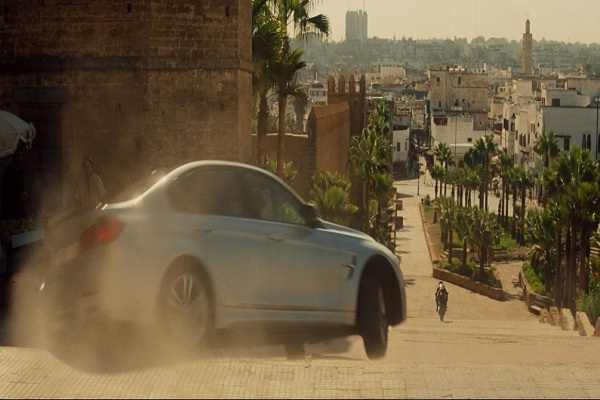