Rabat - King Salman of Saudi Arabia is due to arrive in Morocco on Sunday, as his stay in France, which was expected to last for three weeks, was cut short after being mired in controversy. 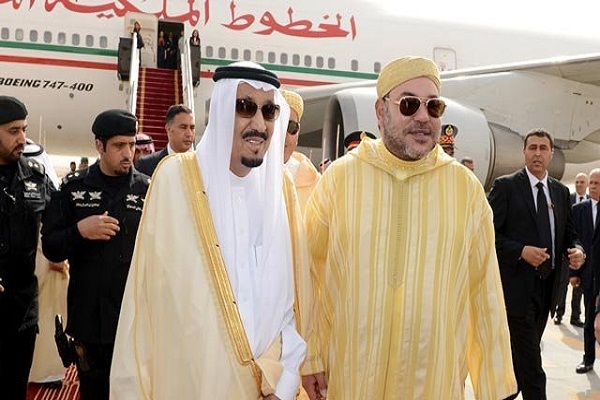 Rabat – King Salman of Saudi Arabia is due to arrive in Morocco on Sunday, as his stay in France, which was expected to last for three weeks, was cut short after being mired in controversy.

Moroccan French-language website Media24 quoted senior sources as saying that King Salman “is expected to arrive in Tangier, northern Morocco, in the next few hours this Sunday, August 2nd.”

Preparations by local authorities in Tangier to host the Saudi king have accelerated over the past 24 hours, the same source added.

Media24 said that over one hundred limousines have been spotted at a parking lot near Hotel Mövenpick de Malabata, while the Moroccan and Saudi Arabian flags have been raised in all the main streets of Tangier.

The report went on to add that several units of the Moroccan Navy were deployed near Cape Spartel and at King Salman’s summer palace in Tangier, to secure the Saudi Royal’s residence.

Several units of the Moroccan police were also deployed on the Atlantic cost of Tangier, near the Saudi king’s palace.

Local authorities in Tangier cleared the access roads to the airport, according to the same source.

Last week, King Salman arrived in France for a three-week stay, bringing with him no fewer than 1,000 people. However, his visit has been mired in controversy after he requested the Riviera Beach be closed off to the public.

The controversy escalated when the king asked French police not to post any female officers there while the men in King Salman’s party went swimming in the sea.