Miami - Just a few months after Pope Francis gave positive declarations about Islam and was supported as much as he was criticized, the British Daily Mail has resurfaced a short video of the Pope, on the topic of Islam. 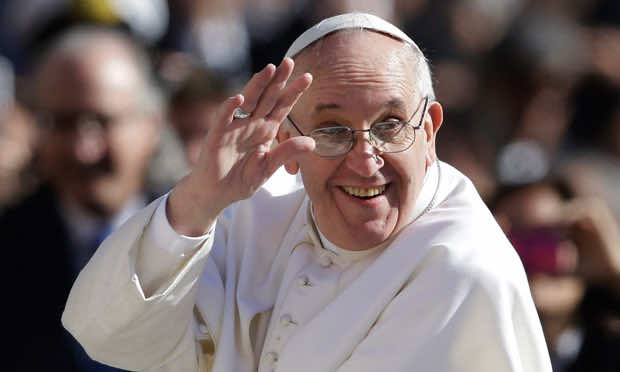 By
Karla Dieseldorff
-
Karla is an award-winning actress and producer.
Aug 3, 2015
Spread the love

Miami – Just a few months after Pope Francis gave positive declarations about Islam and was supported as much as he was criticized, the British Daily Mail has resurfaced a short video of the Pope, on the topic of Islam.

Argentinian-born Pope Francis speaks to reporters aboard an aircraft headed back to Rome from a three-day trip to Turkey.

At a time when extremist religious beliefs have negatively affected the world and generalized stereotypes are constantly creating controversy, Pope Francis conveys a simple but assertive message of peace by describing how terrorism has obscured positive views of Islam.

“On, Islamophobia, it is true that when one sees these terrorist acts, not only in this region, but also in Africa, there is this reaction: ‘If this is Islam, I am going to get angry’, and so many Islamic people are offended”, said the religious leader in Italian.

He goes on to reassure his remark and shares a reaction of the Muslim majority to these assumptions. “Many, many say: ‘No, we are not this, the Koran is a book of peace; it is a prophetic book of peace’. That [terrorism] is not Islam”, said the Pontiff.

It is not the first time Pope Francis opens up about his tolerance and what some consider “liberal views”.

He has been called the modern Pope, the liberal Pope, and his declarations make the news at all media levels regardless of the subject. His charismatic personality and his humble simplicity are undeniable.

Media outlets and social media users of all countries and religions have an interest on what he has to say. This video which has gone viral was no different.

There are millions of Islamic people in the world who follow the Koran and whose actions and lives are peaceful and disciplined. It is unfair to regard them as violent individuals and blame an entire religion for the terrorizing acts of extremists.

World peace and acceptance is a must in which unbiased and knowledgeable information can lead us to unification.