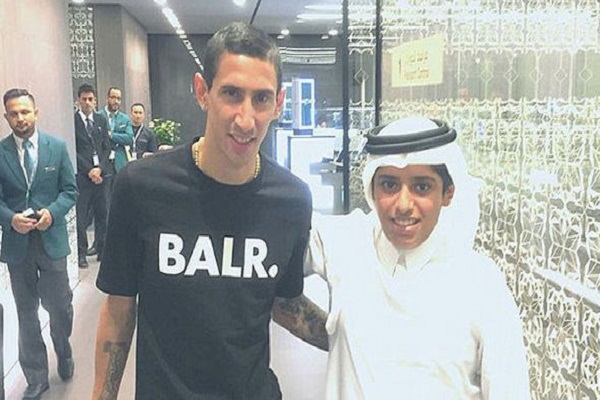 The former Real Madrid player flew from his home country of Argentina via Sao Paulo to Doha where the PSG owners are based.

According to the British newspaper Daily Mail, Di Maria has agreed a four-year contract with the French giants worth about £170,000 a week after tax.

He is expected to undergo the medical at the Aspire Center before taking a connection to the French capital to finalize the move.

Di Maria did not join Manchester United’s pre-season tour of the United States after appearing at the Copa American in Chile.

After helping the Spanish giants win their tenth European Cup in 2014,the 27-year-old moved to Old Trafford last August in a deal worth £59.7 million, a club record transfer for British football

After a promising start his form fell away, starting only one match after the defeat against Arsenal in the FA Cup Quarter-final on March 9th.