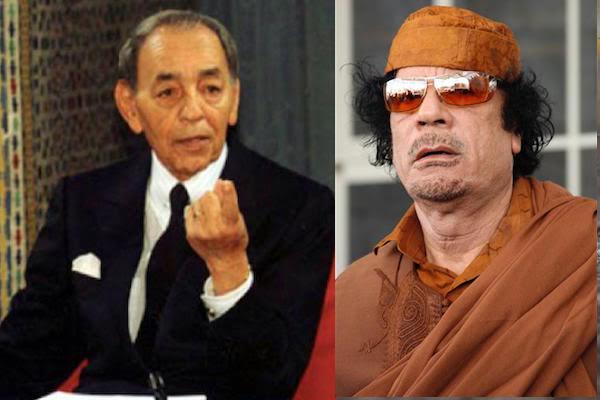 By
Aziz Allilou
-
Aziz Allilou is a student at the Higher Institute of Media and Communications (ISIC) and Morocco World News correspondent in Rabat.
Aug 3, 2015
Spread the love

In an interview with Saudi Arabiantelevisionchannel Al Arabya news, Atif Abu Bakr said the late Libyan president sought, with the help of the Palestinian leader Sabri Al-Banna, known as Abu Nidal, to carry out an assassination operation against Hassan II in Rabat.

Still, Qaddafi and Abu Nidal did not give up, and developed a new plan to eliminate the Moroccan king.

The former head of Fatah went on to add that the plan was coordinated with the knowledge of a Moroccan opposition member.

“In 1987, Libyan aircraft delivered weapons to Abu Nidal’s agents in Morocco, who were supposed to carry out the attack on Hassan II,” he explained.

“Every day, Hassan II leaves the Royal palace in Rabat via a road, crossing Hilton forest, located between the palace and the Sofite Hotel,” he said.

He explained that Abu Nidal’s men deployed seven machine guns, two RPGs, along with bombs on both sides of the road in the forest. They were waiting for Hassan II to cross the road in order to bombard the whole royal convoy, using rocket-propelled grenades.

“The commander of RPG was planning to bomb Hassan II’s armored vehicle, and the rest of the convoy was supposed to be targeted by machine guns.”

However, Abu Bakr told Al Arabiya News Channel that the plot was canceled at the last minute, citing fearsofa violent reaction from Morocco. He said it was canceled also due to the political agreement between the two regimes at the time.

Morocco’s Hassan II was not the only Arab leader on the list of targets that Moammar Qaddafi and Abu Nidal plotted to eliminate. In 1988, Libyan intelligence planned to assassinate Former Egyptian President Hosni Mubarak during the African summit in the Ethiopian capital, Addis Ababa.