Spanish and Moroccan police have thwarted a fresh attempt by dozens of African migrants to try to scale border fences and enter the Spanish enclave of Melilla illegally. 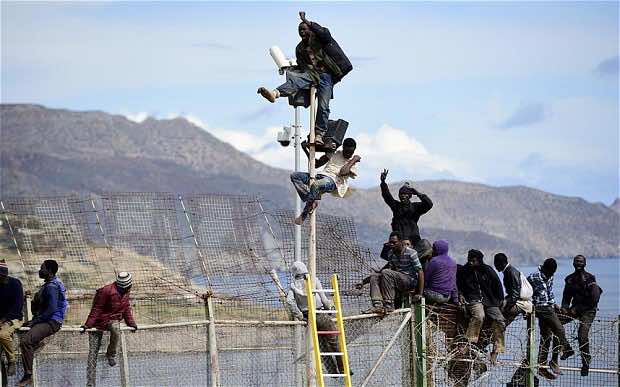 Spanish and Moroccan police have thwarted a fresh attempt by dozens of African migrants to try to scale border fences and enter the Spanish enclave of Melilla illegally.

Some 25 migrants remained atop the fences hours after the attempted crossing began at 9 a.m. (0700 GMT) on Thursday while Spanish police stood guard nearby.

Two migrants clung to the top of a lamp post by the fences.

Thousands of sub-Saharan migrants seeking a better life in Europe live illegally in Morocco and regularly try to enter Melilla in the hope of later making it to mainland Spain.

Morocco and Spain have stepped up border vigilance since February 6, when 15 migrants drowned trying to enter Spain’s other north African coastal enclave, Ceuta.