Rabat - Real Madrid superstar Cristiano Ronaldo allegedly made repeated requests to meet an Australian model despite the latter telling him that she had a boyfriend. 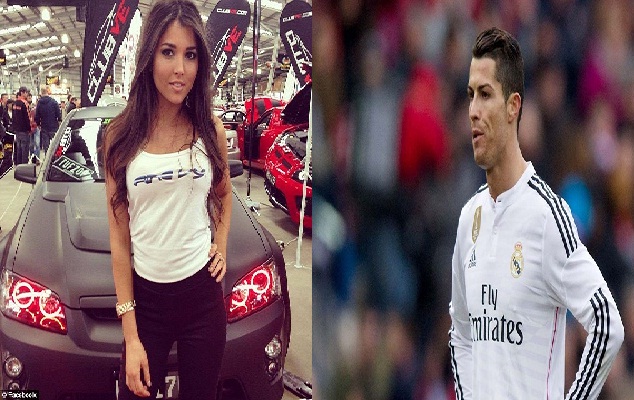 Rabat – Real Madrid superstar Cristiano Ronaldo allegedly made repeated requests to meet an Australian model despite the latter telling him that she had a boyfriend.

The model, identified as Aline Lima from Melbourne, claimed the three-time Ballon D’Or winner asked her to send him pictures of herself at the gym and that he did not mind that she had a boyfriend.

The conversation started off innocently when the model messaged the Madrid ace on Instagram to ask if he had received a letter from her man, Alex, a big Real Madrid fan.

However, Ronaldo did not seem to be interested in meeting her boyfriend. During the conversation, the former Manchester United man asked for the model’s number and offered her tickets to see him play against Manchester City during the international Champions Cup last month.

The model refused his requests but Ronaldo kept on trying, saying: ‘No one knows, baby. Quiet.’ Ronaldo was seemingly surprised to the fact that, despite his fame and riches, he was rejected by the brunette beauty, texting back: ‘Seriously?’

Lima asked the superstar again if he would agree to meet her boyfriend but Ronaldo was more interested in meeting her alone.

‘Yes, beautiful. But it is difficult. I do not want to know man. I want to meet you,’ he replied via messaging service WhatsApp.”

Ronaldo broke up with ex-girlfriend Irina Shayk earlier this year when the Russian supermodel made allegations that he had cheated on her multiple times.