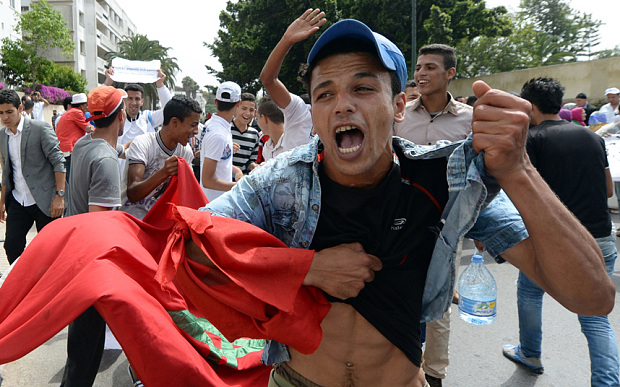 In The Protestant Ethic and Spirit of Capitalism, Weber delineated the work of cultural switch gears, how in the case of Christian faith, religious ideas influence the way western societies organize their economic dealings. People’s business lives seem to be steered by religious ideas, which indicates that western capitalism emanates from cultural foundations. This rationalization locates culture on the opposite side of the causal chain. In contrast to the Marxist theory of social reflection, stating that material change leads to cultural change, Weber states that culture causes or influences the social world. Of course, people may pursue material interest but it is their cultures and mentalities that shape how they pursue their interest. In a famous metaphor, Weber compares the role of culture to a railroad switchman: “not ideas, but material and ideal interest, directly govern men’s conduct. Yet very frequently the “world images” that have been created by “ideas” have, like switchman, determined the tracks along which action has been pushed by the dynamic interest” (1946, p. 280).

During its beginnings, Western capitalism set the tracks along religious images of predestination and calling. The methodical Christianization of western life prompted social agents to labour hard in such calling, and they hardly enjoyed their profits because self-indulgence for them might be a curse. The result was the growth of capital and the continuity of capitalistic investment. This spirit of capitalism endured even after religious beliefs declined in Europe! It is still a vivid example that lays bare the ability of cultural exegesis to complement structural explanations, and evinces the usefulness of the “cultural switchman” logic.

How should we understand Morocco in this light? Is there a local adaptive culture at work concomitant with the inventions of modernity sweeping Morocco, or does Moroccan society suffer a cultural lag? Despite Morocco’s smooth transition and step-by-step reform, there is still a strong debate whether the reforms have been sufficient to transform Morocco into a legitimate democracy with strong institutions the masses may trust instead of incessantly addressing their grievances to the King in every detail of their life. The Average Moroccan holds the King responsible for building a small road, school or hospital in his city or village, which evinces the king as the only reliable and working institution in the average Moroccan’s mind. As Malik and Awadallah (2011) observe, “de jure reforms do not automatically result in effective change. This is because elites have a remarkable ability to endure, they can reverse change, or mould it in their favor” (2011, 2). According to this political economy perspective, even if we supplant current political players by new ones, the situation will never radically change because it is a mere reconfiguration of the structures of power; the system remains intact. According to Malik and Awadallah, so far as the basic economic structure does not change, nothing changes. Egypt is a good example, Hosni Mubarak departs but the structure that underpins his rule survives, so another military figure comes to power. It is hardly likely now that the army may commit itself to its own dismantling?

To complement what Malik and Awadallah argue, though, we believe with Max Weber that culture can also lead! We think that the cultural switch gear – the micro ways in which everyday cultural meanings and worldviews condition and channel the currents of larger change – is central to the ongoing political reforms in Morocco. Normally shaping a modernist switch gear in times of crisis of change would be a leadership task for state institutions but in Morocco the state is a problem as well as a potential solution. So, the vital tasks fall to civil society as well. As a matter of fact, the disciplinary power of the rentier state penetrates deep in Moroccan society and is dispersed through its societal institutions to the extent that the prospects of social change often appear to be chimerical. In this respect, we are plagued by the same question we raised regarding the Egyptian political situation. Will the structures of power dismantle the rentier economic base that supports them? The answer in the case of Morocco depends on the power brokers’ farsightedness and how they envisage a multifaceted approach to reform.

Indeed, there is undoubtedly a looming danger that threatens the country’s stability due to the fragile still-rent-based economy and domestic, regional and international challenges that the Moroccan state faces at this stage. It is clear that any grievance anywhere in any segment of the population could incite popular upheaval at any moment. Actually we have no immediate choice, faint hope as it is, but to rely on the wisdom of militant power brokers under the leadership of the monarchy to unite society on an ambitious cultural reform while deconstructing the rent-based economic structures that support the current status quo. But more, it is the general rentier culture and the rentier cultural mentality which pose the most intractable problems. Tackling this lies at the root of a progressive social reform for Moroccans.

But we have to be optimistic; it is never too late to start a cultural war on the ills of the rentier cultural mentality. Even the monarch has recently put emphasis on prioritizing cultural capital in national and local politics. We think it is high time! What we call the cultural switch gear must be widely conceived and seen as running interactively through all of social space, not just top-down from the King. The culture for citizenship is not simply a course to be taught at school as it is done now. It is a matter of encouraging a way of life and life-long training in both institutional and informal contexts of everyday life. There should be an unflinching political determination to unite society on this project. A whole array of cultural resources should be mobilized for this ideal.

It is not the work of ideological institutions alone. Even the repressive institutions should participate in disseminating such ideology. Take the example of the role of the police in some western societies and how their institution(s) are involved in visits to school and other educational institutions, and offer work placements to students or the widespread examples of students’ short-term military call-ups, or civic organization volunteer work practiced in other countries. A doctor trained on labor skills alone may be an expert in the profession but he/she also needs training in cultural citizenship to join the general struggle for emancipation.

We do not believe human nature, or human predisposition to be proto-social or proto-moral. This is all the work of history. We are imprinted by history and socially constructed identities. Commonly, most Moroccan doctors fall back on the reservoirs of religion to authenticate their altruism but this shield of faith is inadequate to the task and is fissured daily not least by the spear of capitalistic materialism. The religious discourse is a vital element in Islamic education but nowadays it can hardly resist the new paradigm of what Ritzer has called the `mcdonaldization` of modern societies. The traditional discourse on religion will hardly cope with the complexity of modern life.

At present, Moroccans cannot carry on living with and through ideological survivals of tribalism and capture of booties. They need to forge new allegiances and social bonds to cement the social fabric. They need to train themselves in dialogue and conflict management and acceptance of difference in order to recognize the liquidity of their lives, identities and social, political and economic relations. We do not live by essences but by plastic truths. It is new cultural discourses on religion, secularism and organic cultures of the people that may save Morocco. The Moroccan school, family and religious institutions as they stand now cannot fight fraud and corruption.

De facto the Makhzanian strategy of containment and policy of daily patching and assuagement may win time but with potential disastrous consequences for them in the long run, especially if the process of awakening—no matter how it is communicated—reaches far deep at the bottom of social space. The political demands are clear: political inclusion, building democracy and civil society on the ground; building transparent and accountable security and justice systems; securing fast steady production-based economic growth; establishing public confidence by creating strong legitimate institutions that guarantee real freedom of speech, meaningful participation in institutional process and decision making; real moves towards social protection, social security, subaltern education and respect for the rule of law.

No one denies the significant economic reforms the state has recently accomplished at the bottom of social space to alleviate the suffering of the poor but it is characterized by an incrementalism that has not yet reached to the core issues. Moroccans are still demanding deep reforms. No political, cultural and economic reform will achieve desired results if there is no collective will to transform the factionalist-oriented political system into a participative system involving all segments of society and the rent-based economy into a production-based one where accountability and reward underwrite effort and risk-taking in industry, labor and commerce. No reform will succeed if there is no collective will to build the bricks of a culturally sensitive mode of politics and mobilize society towards foregrounding the importance of cultural development for citizenship; otherwise, the counter-hegemonic currents may fail leaving Morocco in stagnation, at peril simply of painfully and tragically reproducing what has so far been struggled against.

To maintain and strengthen currents of change, discourses on citizenship, democracy and human rights must be formed in, and linked to, sensuous cultural practices and local cultural meaning—making so that citizenship learnt in the informal context of everyday life becomes lucid in the subaltern mind as a familiar thing, as a recognizable cultural citizenship. The learning dimension of citizenship must be seen, analyzed and managed as a constructivist project which empowers bottom-up cultural forms and implicates subalterns in self-critique and self-development of their own cultural models. Understanding the cultural switch gear, and developing switches and switchmen for a micro cultural switch gear is an essential ingredient for the counter-hegemonic struggle in Morocco today.