Rabat - M'dina Bus, a company in charge of urban transportation in Casablanca, will reportedly equip its city buses with free Wi-Fi service. 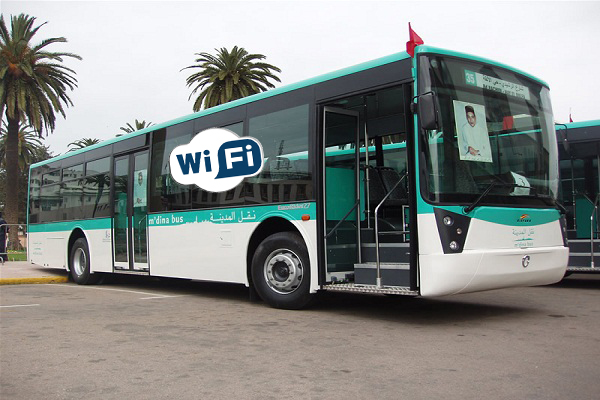 Rabat – M’dina Bus, a company in charge of urban transportation in Casablanca, will reportedly equip its city buses with free Wi-Fi service.

According to Telquel, tests are currently underway in a dozen of city-buses circulating the economic capital city of the Kingdom.

The company said it has initiated on Monday the pilot broadcast of Wi-Fi service in a limited number of buses, including the lines 7, 23 and 25.

“The project is currently being tested in a dozen of buses” Moulay Youssef El Idrissi Ouedghri, director of M’dina Bus staff, told Telquel, confirming “there is nothing concrete at the moment.”

Ouedghri added that “the Wi-Fi should be effective in all buses in the first quarter of the year if the tests prove successful.”

The technological modernization of its bus fleet seems to be among the top priorities of M’dina Bus.

In January 2014, the transportation company installed electronic ticket validation devices in all of its 866 buses in the city.

While there are already many inter-city public buses with free Wi-Fi, providing free Wi-Fi in city buses has never been done before in Morocco.