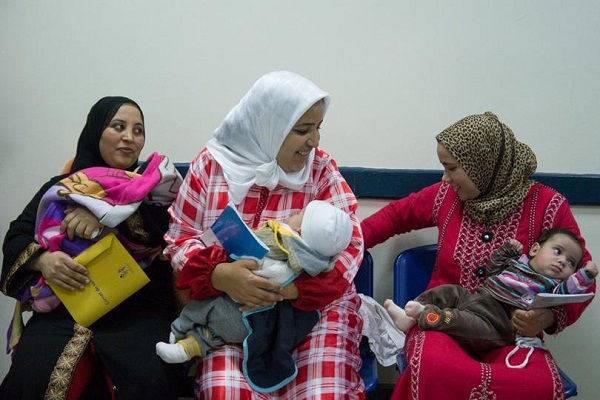 On the occasion of Breastfeeding Week (Aug.1-7), UNICEF has urged Morocco to improve national laws and practices allowing working mothers to breastfeed in the workplace.

Worldwide, only 38 percent of children under six months old are exclusively breastfed, with the Moroccan national rate dropping even lower at 27.8 percent.

Breastfeeding Week is an annual celebration that calls for connected global action to further empower mothers to breastfeed and support women to combine breastfeeding and work.

Morocco falls behind other countries in breastfeeding. The country with the highest breastfeeding rate is Rwanda. Despite its status of a high HIV infection rate, the country has reached a 90 per cent rate of mothers who exclusively breastfeed their children.

“A recent international study found that children who were breastfed for at least one year stay longer in school, obtain higher scores in intelligence tests and earn a better life to adulthood compared with those who were breastfed for only a month,” said Regina de Dominics, UNICEF deputy representative for China.

According to the UNICEF, “breastfeeding gives children the healthiest start in life and is one of the simplest, smartest and most cost-effective ways we have of ensuring that all children survive and thrive.”

Breastfeeding has risen in many countries over the past two decades. In developing countries, the rates of exclusive breastfeeding of infants aged six months and older has increased by 9%, from 34% around 1995 to 43% around 2011, according to UNICEF.

The World Health Organization (WHO) recommends exclusive breastfeeding up to 6 months for infant survival and health, since human milk provides nutrition and supports immunity from disease.

According to the WHO, babies who are not breastfed are 14 times more likely to die from all causes than those who are breastfed.