Rabat - Following the widespread controversy of the “infamous” bow and kisses on the shoulders of Saudi Arabia’s King Salmane; Abdelilah Benkirane, Head of Moroccan Government, justified the act, that others have deemed as “humiliating.” 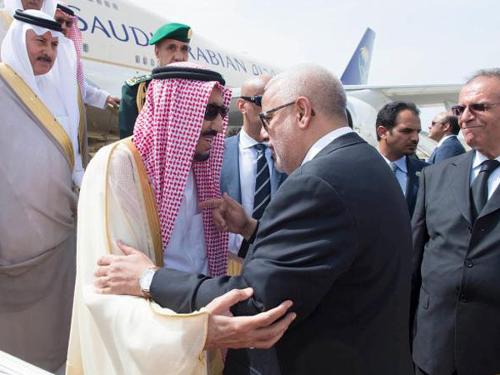 By
Larbi Arbaoui
-
Larbi is a freelance writer and assistant editor at Morocco World News.
Aug 5, 2015
Spread the love

Rabat – Following the widespread controversy of the “infamous” bow and kisses on the shoulders of Saudi Arabia’s King Salmane; Abdelilah Benkirane, Head of Moroccan Government, justified the act, that others have deemed as “humiliating.”

The Prime Minister explained to the Moroccan daily Al Akhbar Yaoum, in its Wednesday issue, the reasons justifying his “special greeting” to the Saudi Monarch that sparked the most criticism on social media.

Benkirane said that his greeting was simple-hearted and courteous by saying “This man is in the age of my father; he is the King of Saudi Arabia, home to the holy places of Islam.”

The Head of Government added that “King Salmane is a great friend of Morocco and King Mohammed VI. We love him and he loves us. That’s how I greeted the late King Abdullah Bin Abdelaziz, and I will continue to do it this way.”

Many Moroccans expressed their anger to the way Moroccan high-ups “indignantly” hand-kissed the Saudi King, considering Benkirane’s bow and kisses as a “debased” act, belittling the Prime Minister and disrespecting the Kingdom.

However, Akhbar Al Yaoum has another interpretation on Benkirane’s “special greeting”.

According to the daily, the Party of Justice and Development “is seeking to maintain friendship with dignitaries from Gulf countries that are known for having supported the coup against the Muslim Brotherhood in Egypt.”

After his stay in France, which was expected to last for three weeks, and was cut short unexpectedly, King Salmane’s arrival in Tangier last Sunday was received warmly by Moroccan officials.