Rabat - A suicide bomber detonated an explosive vest on Thursday in a mosque inside a local security force headquarters in Abha, the capital of Saudi Arabia's southwestern province of Asseer, leaving at least 13 dead. 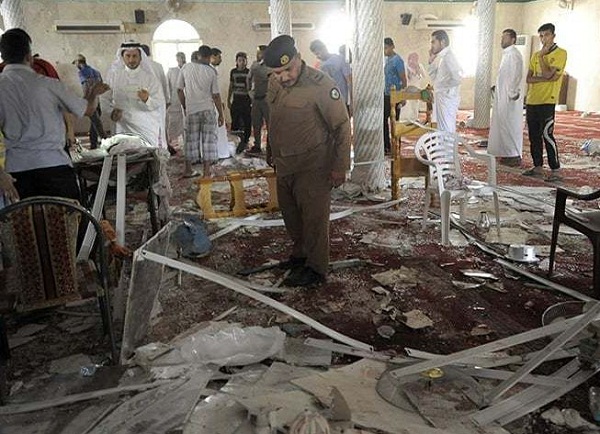 Rabat – A suicide bomber detonated an explosive vest on Thursday in a mosque inside a local security force headquarters in Abha, the capital of Saudi Arabia’s southwestern province of Asseer, leaving at least 13 dead.

Saudi state channel Al-Ikhbaria quoted an interior ministry official saying that the initial findings suggest that the suicide bomber carried out the attack during noon prayers.

According to the same source, of the nine who were wounded, three are in critical condition.

To date, no terrorist group has claimed responsibility for the deadly attack.

Saudi Arabia’s security forces have been the target of similar attacks blamed on the Islamic State group in the recent months.

The most recent attack dates back to mid-July when a car bomb exploded at a security checkpoint near a prison in Riyadh, the capital of Saudi Arabia, leaving one person killed and two policemen wounded.

On July 3, a Saudi policeman was gunned down in the southern city of Taif. The attack was blamed on the Islamic State group, as police found ISIS flags in the crime scene.

Saudi Arabian authorities have arrested dozens of people on suspicions of belonging to ISIS. Saudi Arabia is also taking part in the American-led coalition against ISIS in the region.