“How much longer is the world willing to endure this spectacle of wanton cruelty?” Bertrand Russell 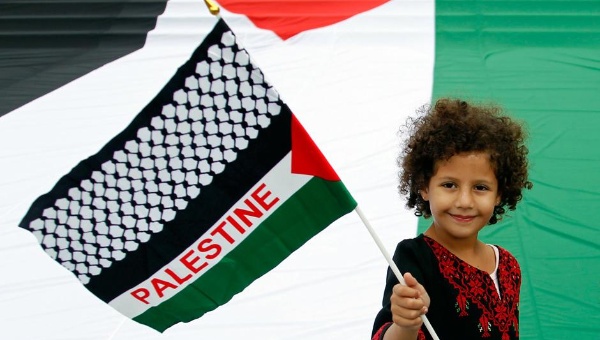 By
Paola Garcia
-
Paola Garcia is a writer and translator from Chihuahua, Mexico.
Aug 8, 2015
Spread the love

“How much longer is the world willing to endure this spectacle of wanton cruelty?” Bertrand Russell

You, standing at the doorsteps, come in
And drink with us our Arabic coffee
For you may feel that you are human like us… Mahmoud Darwish

New York – Palestine has deeply obsessed me ever since I first became aware of the abominations its people have suffered for almost seven decades. I am unable to comprehend how the world can endure the relentless massacre of Palestinians; some days of one, like 18-month old baby Ali who was burned to death last week when “settlers” set fire to his family home, and other times, like in the summer of 2014, of thousands, without putting an end to it.

The mainstream media shuns these atrocities in favor of the latest celebrity scandal, mourning the death of a lion, or whatever else is deemed to have more value than Arab lives. The prevailing silence in the face of this horror is almost as heinous a crime as the slaughter of Palestinians itself. Whenever there is mention of the violence and horror in Palestine, it is given little weight and is almost instantaneously forgotten. Are we completely losing our humanity? The situation is unbearable and we must speak loudly against it.

Last year, I had a nervous breakdown over Palestine when, in July, a “military operation” was launched by Israel over the Gaza Strip. Afterwards, Israel bombed Gaza for about two months, which resulted in the deaths of over 2,100 people, the vast majority of them Palestinians. Those months were torturous. I located a program that allowed foreigners to volunteer in Gaza and was ready to travel there.

My mother pleaded with me and convinced me not to go. I eventually agreed it was senseless. At the time, I felt unable to keep existing here, in my safe little New York life, while Palestinians were being massacred as the world turned its back on them. I felt disgusted and horrified.

I agree that going to Palestine was not the solution. I am not clear on what the best way to help is, perhaps a combination of prayer, donations, political action, writing, and generally making others aware of the reality. Whatever the specific acts may be, it is crucial that we each take action to put an immediate stop to this crime against humanity. The worst possible choice is to ignore the situation and go on with our daily lives as if nothing were happening.

I have noticed many of my American acquaintances and colleagues are totally oblivious and remain willingly ignorant about the Palestinian genocide. I will not call it anything else. It is not only an “occupation” but also the progressive theft and destruction of a peoples’ home, dignity, freedom and lives. What is happening in Palestine is an ethnic cleansing of sorts.

When a colleague told me, “well, I am not Palestinian or Israeli, so I don’t care either way,” I felt profoundly disturbed. I thought about her statement a great deal trying to make sense of it, but I could not.

Is it necessary to personally identify with a label in order to care about genocide? Does her assertion mean I should only care about those who happened to be born under the same flag I was?

The idea that a person should only or primarily be concerned about the suffering of others if these have an artificial connection to themselves, vis-à-vis a “country” they identify as their own, or a label that forms part of their identity, is horrifying. I can’t understand this thinking. To me, the identification and concern with the rights, lives, cultures, beliefs, and struggles of others has nothing to do with where one is born. It has to do with being human.

I love Palestine and I love Arabs. I feel their struggle deeply as if they were my people because they are. In reality, there is no such thing as borders or nationalities; they are artifices. At the deepest level, all people share the same hopes, the same fears, the same instincts and the same light.

We are all human beings. At least I would like to think. But our humanity continues to erode as we look away while a population is exterminated by another with the full support of the most powerful nations in the world. Soon, no trace of such humanity will remain in us.

Gandhi once said, and I wholeheartedly agree, “Palestine belongs to the Arabs in the same sense that England belongs to the English or France to the French. It is wrong and inhuman to impose the Jews on the Arabs… Surely it would be a crime against humanity to reduce the proud Arabs so that Palestine can be restored to the Jews partly or wholly as their national home”

Here are a few basic facts to ponder about Palestine:

– In 1922 there lived in Palestine nearly five Arabs to every Jew and therefore, it was an Arab country to a far greater degree than a country of Jews (Muhammad Asad, Road to Mecca, p. 92)

– There were indigenous Jews who strongly resembled the desert Arabs and lived in peace with them.

– Around this time and in ever increasing numbers, Jews from Poland and Russia began to arrive. These European Jews were not coming to Palestine as one returns to one’s homeland; “they were rather bent on making it into a homeland conceived on European patterns and with European aims”  (Asad, p. 93).

– Israel’s 1948 Plan D, “contains a repertoire of cleansing methods that one by one fit the means the UN describes in its definition of ethnic cleansing, and sets the background for the massacres that accompanied the massive expulsion” of Palestinians. (Ilan Pappe, The Ethnic Cleansing of Palestine, p. 2).

– Ethnic cleansing is designated as a crime against humanity in international treaties, such as that which created the International Criminal Court (ICC).

– Ethnic cleansing was carried out by Nazi Germany and its allies, by the Croat militias in Yugoslavia, and by the Hutus in Rwanda, among others.

– Zionism is the ideological origin of the ethnic cleansing taking place in Palestine.

– Muhammad Asad writes: “Although of Jewish origin myself, I conceived from the outset a strong objection to Zionism…I considered it immoral that immigrants, assisted by a foreign Great Power, should come from abroad with the avowed intention of attaining majority in the country and thus to dispossess the people whose country it had been since time immemorial” (p.93).

– From the start, Israel’s plan was to expel Palestinians from their homeland or, in the alternative, exterminate them as it is happening today. When, in 1922, Muhammad Asad asked Dr. Chaim Weizmann, the leader of the Zionist movement, how they hoped to make Palestine their homeland in the face of the vehement opposition of the Arabs who were the majority in the country, he shrugged his shoulders and replied “We expect they won’t be in majority after a few years” (p.94).

– In 1948, during the “’Israeli War of Independence’, around a million people were expelled from their homes at gunpoint, civilians were massacred, and hundreds of Palestinian villages destroyed.” (Ilan Pappe).

– Since 1936, over 2 million Palestinians have been killed; “7 million live as refugees; 4.1 million Occupied Palestinians are deprived of ALL the human rights listed by the Universal Declaration of Human Rights; 6 million Palestinians are forbidden to even live in the homeland continuously inhabited by their ancestors to the very dawn of agrarian civilization; 0.9 million Palestinian children confined without charge or trial to what the Catholic Church and many others have described as Israel’s Gaza Concentration Camp for the asserted “crime” of being Indigenous Palestinians living in a tiny, remorselessly Zionist-bombed patch of Palestine” (https://sites.google.com/site/palestiniangenocide).

“If you are neutral in situations of injustice, you have chosen the side of the oppressor.” –Desmond Tutu