Rabat - Take a journey back in time to the most common cartoons aired on Moroccan TV channels in the 80s and 90s. 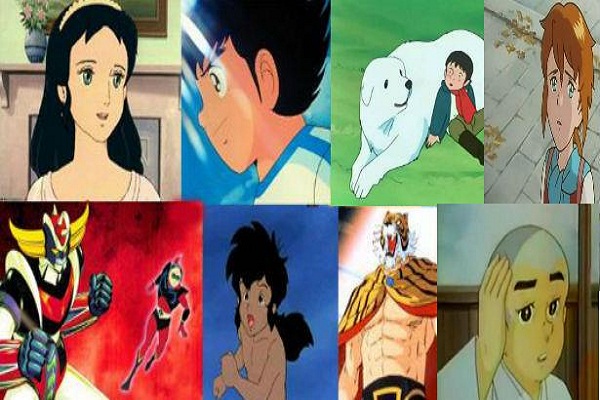 By
Aziz Allilou
-
Aziz Allilou is a student at the Higher Institute of Media and Communications (ISIC) and Morocco World News correspondent in Rabat.
Aug 8, 2015
Spread the love

Rabat – Take a journey back in time to the most common cartoons aired on Moroccan TV channels in the 80s and 90s.

How many hours a day did you spend watching cartoons when you were a kid? Before school, after school and summer holidays! Childhood was cartoon heaven. The animated worlds blasting from the box in the corner of the living–room introduced us to narratives and characters, and pumped up our imagination. And they were awesome too.

Morocco World News presents its readers a list of ten cartoons that shaped Moroccans kids from the 80s to 90s.

Captain Majid is a Japanese animated cartoon sports series that Moroccan children of the 80s and early 90s grew up with. It tells the story of a heroic football (soccer) player named Captain Majidm his football team and their exciting adventures with other teams.

The character was the hero of all children at that time who were fascinated with football. The dream of every child at the time was to be able to shoot and score like him in the street matches. To this day, children usually tell the good player among them: “You are like Captain Majid.”

Sally was the Arabic name given to the Japanese animated adaptation of Frances Hodgson Burnett’s famous novel A Little Princess. Her real name was Sara.

The animated series follows the life story of a little girl orphan named Sally, who is forced to live in an orphanage after the gold mine that her deceased father owned collapses. She lives a wretched life in the orphanage, until a friend of her father shows up and helps her to go back to school and rescues her from her misery.

Sally captured Moroccan children’s hearts when they saw her on TV: her smiles were charming and her tears cut deep down into their souls. Sally was a story of inner strength and resilience, good-heartedness, faith and tolerance that all come together to overcome life’s mishaps and forgive people’s prejudices and insults.

Tiger mask is a Japanese mangaseries. The Arabic version of Tiger Mask was broadcast to everyone in Morocco during the 90s. It tells the story of Tamer a journalist who pretends to be loser and a lay about. In reality, Tamer was a heroic wrestler who fights with a tiger mask to hid his real identity. The character fought an evil organization.

Tamer was in love with his co-worker at the newspaper Miada. She agreed to marry him, although all the journalists criticized her for marrying a loser.

Tiger Mask was the favorite cartoon series particularly for boys, since they love action. Tamer’s moves and skills were often the subject of random conversations among students while going to school or coming back home.

Mowgli is a cartoon series inspired by the Jungle Book. It tells the adventure of Mowgli, a human child, who was found as a baby in a basket on the edge of a torn-apart boat by Bagheera, a black panther, as the ship wrecked boat lay perched on a rock and its end pointing up.

Mowgli was raised by a pack of wolves until he reached 10 years old. The wolves along with Bagheera defend him from the evil tiger Sherekhan.

Sherehhan continues to regard Mowgli as fair game, but eventually Mowgli finds a weapon he can use against the tiger: fire.

Ikkyu-san is an animated series that was aired on Moroccan TV stations during the 80s. The series features the story of Ikkyu-san, a clever, and mischievous young Buddhist monk who often outsmarts adults, and helps his friends.

Ikkyu-san was a source of inspiration to kids at the time as manyof them dreamed to have such wit in order to impress their teachers.

Belle And Sebastian… The Little Boy and His Huge Dog

Belle and Sebastian is an animated adaptation of the novel Belle et Sébastien by the French author Cécile Aubry. The series follows the story of a boy named Sebastian and his huge white dog, Belle.

Belle lived in the mountains, and was believed to be evil. In reality Belle was gentle, but only Sebastian knew it.

Having been raised by an old man in France and never having seen his parents, Sebastian travels across Europe, looking for his parents along with his dog. Along the way, they are pursued by a Inspector Garcia, who wants to capture Belle. They also encounter a girl named Sara, who makes two appearances in the story.

Eventually Sebastian finds his mother whose name was Isabelle.

Grendizer… The Conflict Between Good and Evil

UFO Robot Grendizer is a robot animated and manga series, a series which was aired on Moroccan channels in the late 1980s. It features the story of the young Prince of planet Fleed who managed to escape from Vega’s evil forces, after his parents were murdered.

Duke Fleed leaves his destroyed homeland aboard the UFO Robot Grendizer, a powerful war machine, and makes it to Earth. Rescued by a bright scientist and fellow earthlings, he fights the flying saucers and robots sent by Vega, who plans to seize the mighty Grendizer and conquer the whole universe, or destroy it.

As King Vega decides to gather his remaining forces and make an all-out attack on Earth, Duke and company go out to intercept them in Grendizer. After a fierce battle, they finally manage to destroy the Vegan mother ship along with King Vega himself.

Remi… The Little Boy who Made a Whole Generation Cry

Remi: Nobody’s Boy is a Japanese animated series based upon French author Hector Malot’s novel Sans Famille. Remi lives with his mother in a French Village. His father works in Paris. When he returns wounded and down-hearted, Remi discovers he is actually a foundling.

Barberin sells Remi to a performing artist, Vitalis. Vitalis owns a roadshow troupe that goes all around Europe to entertain farm folks . Heart-broken, Remi leaves his home with Vitalis to face the hardships of a traveling artist’s life.

On his way Remi meets a kind rich woman and her sick son, who are actually his real mother and brother. Not knowing the truth, Remi decides to leave with Vitalis. He kept making a living by playing the harp, until he decides one day to undertake a perilous journey to London in search of his family.

This series impacted Moroccans kids the most compared to the other cartoon series, as in Remi, children were the subject, not just the audience.

The Adventures of Issam

The series follows the exciting adventures of Tom Sawyer, an orphan who lives with his Aunt Polly on the banks of the Mississippi River and his half-brother Huck. No matter how hard they try, Tom and Huck just can’t seem to stay out of trouble. Yet, they have a lot of fun trying! They also learn some important lessons along the way.

The Smurfs… The favorite of Cartoon Lovers

Dubbed Assanafir in the Arabic version, the Smurfs is an American-Belgian animated fantasy-comedy television series. It was aired on Moroccan channels during the 80s.

The Smurfs are little blue creatures who live in mushroom houses in a forest inhabited mainly by their own kind. The smurfs’ average daily routine is attempting to avoid Gargomel, an evil man who wants to kill our little blue friends.