Rabat - A group of Moroccans living abroad known as the "Anti-RAM Group Canada & USA" took to the streets to protest the expensive tickets and unprofessional services of Royal Air Maroc in front of the company’s office in Montreal, Canada. 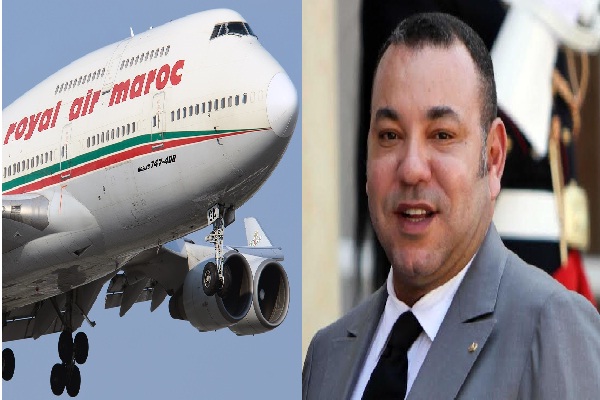 By
Larbi Arbaoui
-
Larbi is a freelance writer and assistant editor at Morocco World News.
Aug 9, 2015
Spread the love

Rabat – A group of Moroccans living abroad known as the “Anti-RAM Group Canada & USA” took to the streets to protest the expensive tickets and unprofessional services of Royal Air Maroc in front of the company’s office in Montreal, Canada.

In response to its “excessive prices and disappointing services,” the organizers hope through this sit in to voice their sufferings and convince the community to stand with their cause and “boycott the Royal Air Maroc,” which has monopolized the direct air route linking Morocco to North America.

A video, which was posted on YouTube on August 9, shows a group of people holding the Moroccan flag and banners that read, “Boycott Royal Air Maroc,” in English, Arabic, and French.

Mrs. Filali, one of the protestors, delivered a very touching and powerful message about the problems of the Moroccan community living abroad with RAM, calling on King Mohammed VI to end their suffering.

“We can’t visit our country because the tickets in RAM are very expensive,” the lady said.

“Is it normal when a person wants to visit his country has to get a loan?” she questioned, explaining that one has to pay through the nose in order to visit their home country, and it gets worse for families with children.

“I love my country; it is in my blood. I want to see my family and home country, but, like most of the families here in Canada, we cannot,” Filali said.

Another participant in the sit in said that she “was not able to join her family in Morocco and share with them happy moments of Eid Al Fitr,” simply because RAM raised the prices of tickets this year, and she could not afford it.

Abdelilah, another protestor, said that “there will be more sit ins in the near future until our voice is heard,” calling on the king to follow up with his last royal speech, and give his orders to Consulate to find ways to ease the burden of “highly expensive tickets”, that can be as high as$4,000.

“One cannot afford to pay such an expensive ticket, especially families with three or four children, even if one is the Prime Minister of Canada,” Abdeilah said.

Nouzha Enilka, the organizer of the protest, said that this sit in came after a year and half preparation and mobilization.

“It was scheduled to take place last year, but the embassy intervened and arranged a meeting with the administration of RAM,” Enilka said.

After the successful meeting with the RAM staff, who promised the Moroccan community to make discounts for families and make things better, Enilka said, “in three months, the company replaced the administrative staff in the office with whom we had that agreement.”

In response to the “bad services and highly expensive tickets” of RAM, members of the Moroccan community living in North America launched last month a campaign on the global petition service Change.org to request the creation of direct flights on other airlines linking the United States and Canada to Morocco.