Jerusalem - The global boycott movement has gained strong momentum since last summer's bombardment of the Gaza Strip. Recent reports state foreign investment in Israel dropped by almost 50% in 2014. And with Netanyahu and Israeli media declaring "war" on the BDS campaign, the threat is clearly being taken very seriously in Israel. 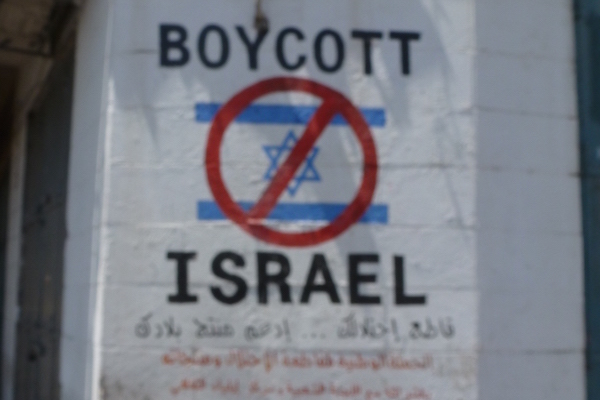 By
Koos Mohammed
-
Koos Mohammed is a freelance writer and a human rights activist based in London.
Aug 10, 2015
Spread the love

Jerusalem – The global boycott movement has gained strong momentum since last summer’s bombardment of the Gaza Strip. Recent reports state foreign investment in Israel dropped by almost 50% in 2014. And with Netanyahu and Israeli media declaring “war” on the BDS campaign, the threat is clearly being taken very seriously in Israel.

So, why are Palestinians not boycotting Israeli goods? I asked Palestinians this question and got similar answers: It is simply not possible.

Mazen Al Azzeh is actively involved with the BDS movement and the Stop The Wall Campaign. When asked about the difficulties Palestinians face in boycotting Israeli products, he tells me: “What you have to realise is that as Palestinians, we are under occupation. Issues of business, like most issues, are under Israeli control. Essentially they determine what we sell. If we want to import goods, they go through them and we pay the taxes to the Israeli state. If we want to setup factories, we have to apply for a permit, which is rejected in most cases. If we want to move goods from one part of Palestine to another, we have to go through checkpoints and Israeli security checks.”

Shop owners I spoke with also identified the obstacles presented by the occupation as the reason why Israeli products were on their stores’ shelves. Ahmed Amro owns a small store geared towards tourists in Bethlehem. He tells me he wants to stop stocking Dead Sea products, but tourists like buying them and as Palestinians cannot access the Dead Sea for commercial reasons, he only has Israeli products available to him.

I asked Mazen about his boycott campaigns and how they were targeting Palestinians to get involved. He tells me they are encouraging people to use more home-made products, to grow more in their gardens and to avoid buying none essential products. Even with these campaigns, he notes difficulties, saying, “Israel has total control over the land and won’t let anything grow.” He goes on to mention the time, during the first intifada, when Israel declared 18 cows as a ‘national threat’.

He also mentions the challenges Palestinians living in Israel face in buying Palestinian products.They aren’t allowed to take them across the checkpoints. If they try, the products will simply be thrown away at the checkpoint.

One of those Palestinians boycotting as Mazen suggests is Ikhlas Azza. She currently has lemon, peach, and grape trees in her garden, which she, and neighbours in the camp she lives in, benefit from.

So keep boycotting from the outside, but don’t ask the people in this besieged land why they are not boycotting. Boycott is simply a liberty they can not exercise.