Rabat - Remittances from Moroccan immigrants and migrant workers abroad to family or for investments back home is a booming business, as the money transfers reached MAD 50 billion ($45 million) a year. 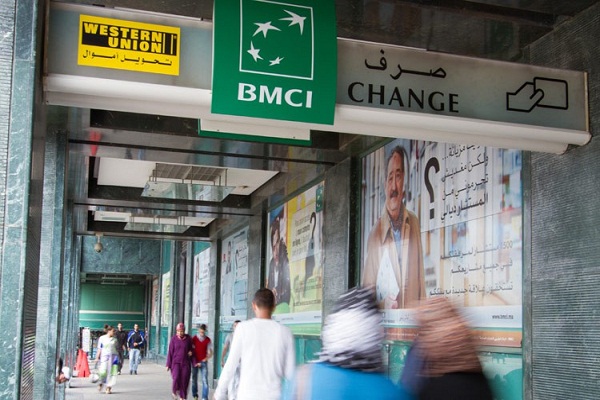 By
Aziz Allilou
-
Aziz Allilou is a student at the Higher Institute of Media and Communications (ISIC) and Morocco World News correspondent in Rabat.
Aug 10, 2015
Spread the love

Rabat – Remittances from Moroccan immigrants and migrant workers abroad to family or for investments back home is a booming business, as the money transfers reached MAD 50 billion ($45 million) a year.

Every day, thousands of citizens across Morocco head to the nearest money transfer outlet to receive money sent by their relatives living abroad, who represent 15 percent of Morocco’s inhabitants, 5 million people.

The amount of remittances increased from MAD 23 billion in 2008 to MAD 50 billion starting in 2010, the same source added.

The statement, however, criticized the Moroccan government’s policy regarding administrative procedures for Moroccans living abroad.

While the ODT appreciates the multiple public institution that have been created in an attempt to facilitate access to services, reduce administrative burdens, and help Moroccans living abroad save time and effort, it points out that “the results of this strategy remain humble.”

The ODT also called on the Moroccan government to develop a new strategy and create a new public institution whose mission is to help Moroccan immigrants returning to their home country reintegrate back into Moroccan society.

The financial transfers by Moroccans living abroad are an important part of the Moroccan economy, not only as support to household incomes, but also as an additional contribution to savings and as a key source of currency.

The Council of the Moroccan community abroad is recognized in the constitution, giving it a stronger presence in Moroccan institutions.

These measures are a response to the demands of Moroccans living abroad who want their political power to match the economic weight of their transfers.