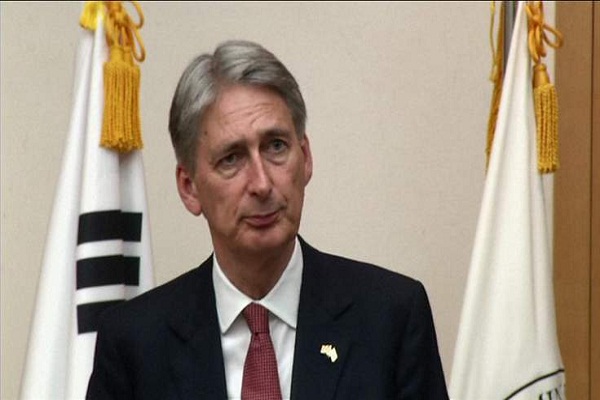 Speaking to the BBC during a visit to Singapore, the British official said that Britain cannot afford to provide a home to everyone in Africa who is seeking a better economic situation.

“Now that is not a sustainable situation because Europe can’t protect itself, preserve its standard of living and social infrastructure if it has to absorb millions of migrants from Africa,” Hammond said.

“We have got to distinguish genuine asylum seekers fleeing persecution from economic migrants seeking a better standard of living.”

“The gap in standards of living between Europe and Africa means there will always be millions of Africans with the economic motivation to try to get to Europe.”

Hammond’s comments have caused outrage in Britain, with many condemning his use of language after he described as ‘marauding’ African migrants seeking to enter Britain from the French town of Calais.

Hammond said: “so long as there are large numbers of pretty desperate migrants marauding around the area, there always will be a threat to the tunnel security.”

The UK government has intensified its anti-immigration rhetoric in the wake of the migrant crisis in  Calais.

The Government has also promised to boost security in Calais by sending extra security guards and surveillance equipment.